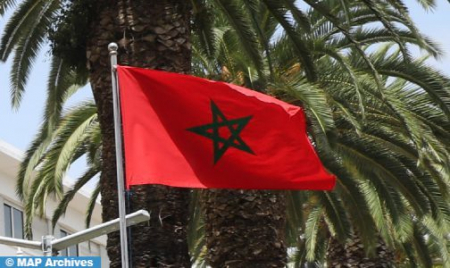 The works of the 11th Conference of Speakers of National and Regional Parliaments, opened Thursday at the headquarters of the Pan-African Parliament (PAP) in Midrand, South Africa, in the presence of Morocco. At this conference, held on the sidelines of the August sittings of the PAP Standing Committees(August 22 – September 02), Morocco is represented by the Speaker of the House of Representatives, Rachid Talbi Alami. This 11th Conference is held on the sidelines of the sixth parliamentary term under the theme of the African Union (AU) for 2022: “Building resilience in nutrition on the African continent: Accelerate the human capital, social and economic development.” On the agenda for the two-day conference is a series of meetings on topics including the role of African MPs in the ratification of the Malabo Protocol on PAP adopted in June 2014, as well as post-Covid-19 economic recovery strategies. Bilateral meetings of PAP President Fortune Charumbira with the Speakers of national and regional parliaments are also scheduled. Over the past decade, PAP has institutionalized the annual Conference of Speakers of African National and Regional Parliaments as a bilateral platform for the promotion of the ratification and implementation of AU legal and policy instruments on shared values of human rights, democracy, peace and security, good governance, constitutionalism and the rule of law. The conference provides a space for coordination and harmonization between the legal and policy frameworks of AU national and regional parliaments and for sharing best parliamentary practices. The PAP is a consultative Assembly of the AU that brings together parliamentarians from AU member states. It was established under Article 5 of the AU Constitutive Act and formally started the performance of its functions on March 18, 2004. Each member State is represented within the PAP by five parliamentarians from the majority and the opposition, including at least one woman, elected or appointed by their national parliaments or legislative bodies.