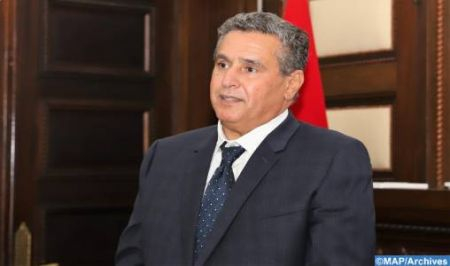 The Head of Government, Aziz Akhannouch, represented Thursday His Majesty King Mohammed VI at the inauguration ceremony of the re-elected Angolan president, João Manuel Gonçalves Lourenço. The inauguration ceremony of the Angolan president, João Lourenço and vice president, Esperança Costa, takes place this Thursday in the Republic Square in the capital Luanda. His Majesty King Mohammed VI sent a message of congratulations to João Manuel Gonçalves Lourenço, on the occasion of his re-election as president of the Republic of Angola. In this message, HM the King expresses His warm congratulations and sincere wishes of success to president Lourenço in his high office. HM the King expresses His consideration for the ties of friendship and African brotherhood uniting the two countries, reiterating His constant determination to work together with the Angolan president to strengthen bilateral relations on the basis of mutual respect and fruitful cooperation, in the service of the interests of both brotherly peoples.