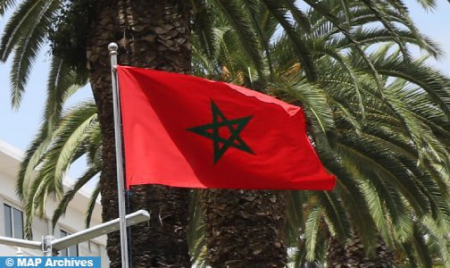 HM King Mohammed VI has established a visionary roadmap and concrete measures for the management of water resources and the promotion of investments, the editor of the Nigerian magazine “The New Africa”, Gift Chidima Nnamoko Orairu said. Reacting to the speech delivered by HM the King on the occasion of the opening of the first session of the second legislative year of the 11th legislature, Nnamoko Orairu told MAP that the Sovereign has always been at the forefront of managing several urgent issues and crises. “This speech is timely, visionary, clear and honest,” she said, stressing that HM the King has put the problems that Morocco is currently facing in their global context, as water scarcity, job creation and investment are now top priorities after the Covid-19 pandemic, climate change issues and the Russian-Ukrainian crisis. The Royal Speech is a solution-oriented roadmap, such as the 2020-2027 National Priority Program for Water and the ambitious goal of creating 500,000 jobs while mobilizing funds in a critical period, she said, while praising HM the King’s efforts to empower the youth by providing access to finance and facilitating the process of starting businesses. Nnamoko Orairu, who is also the CEO of the Three Sixteen Leadership Academy, a new generation institution for leaders, recalled that HM the King called for the use of innovations and new technologies in the field of water saving, which is perfectly in line with the digital transformation that the African continent is experiencing, especially in the fields of agriculture, energy and water. She also noted that the rational use of groundwater and its preservation are the responsibility of everyone and involve a large-scale awareness campaign, explaining that the issue of water is not restrictively the work of a sectoral policy, but rather an integrated policy involving all sectors.