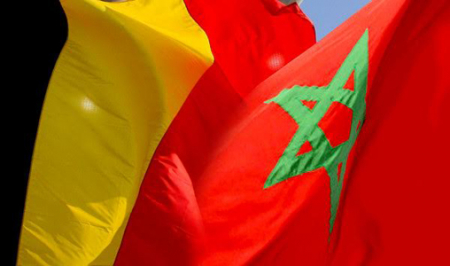 Belgium welcomes the reforms carried out by Morocco, under the leadership of His Majesty King Mohammed VI, during the last two decades, for a more open and dynamic Moroccan society and economy. In a joint statement issued at the end of talks, on Thursday in Rabat, between the Minister of Foreign Affairs, African Cooperation and Moroccan Expatriates Nasser Bourita, and the Minister of Foreign Affairs, European Affairs and Foreign Trade and the Federal Cultural Institutions of the Kingdom of Belgium, Hadja Lahbib, on a working visit to Morocco, the two ministers commended the friendship and great esteem that exist between the Royal Families of the two countries. According to the Joint Statement, Morocco and Belgium welcome their coordination on issues of common interest at the level of international and regional organizations. The two ministers stressed the common interest of Morocco and Belgium to strengthen the close bilateral cooperation to counter threats to national and international security, including transnational crime and terrorism. In this context, they welcomed the recent entry into force of the convention on cooperation in combating organized crime and terrorism, which provides a solid basis for intensifying their police cooperation. Bourita and Lahbib reaffirmed their support for peace, stability and sustainable development in the region and underlined their particular commitment to fighting against international terrorism and transnational organized crime, which is essential for the security and stability of the Euro-Mediterranean region. Both Ministers also expressed their deep concern about the worrying evolution of the terrorist threat in Africa, aggravated by the proliferation of armed non-state actors, and more particularly in the Sahel region. In this regard, they welcomed the establishment in Rabat of the United Nations Program Office for Counter-Terrorism and Training in Africa. Furthermore, Belgium commended Morocco’s contribution to regional and international counter-terrorism efforts, notably through its co-chairmanship of the Global Counter-Terrorism Forum and its co-chairmanship of the Africa Focus Group of the Global Coalition against Daesh. The two ministers, who noted their convergence of views on regional and international issues of common interest, agreed to continue this dialogue to strengthen peace and security in the region. While welcoming the election of Morocco and Belgium to the Human Rights Council, the two ministers also discussed potential cooperation themes. They stressed their willingness to continue their dialogue on issues related to the defense of human rights, including the promotion of women’s and children’s rights, the fight against all forms of discrimination and the fight against violence against women and girls.