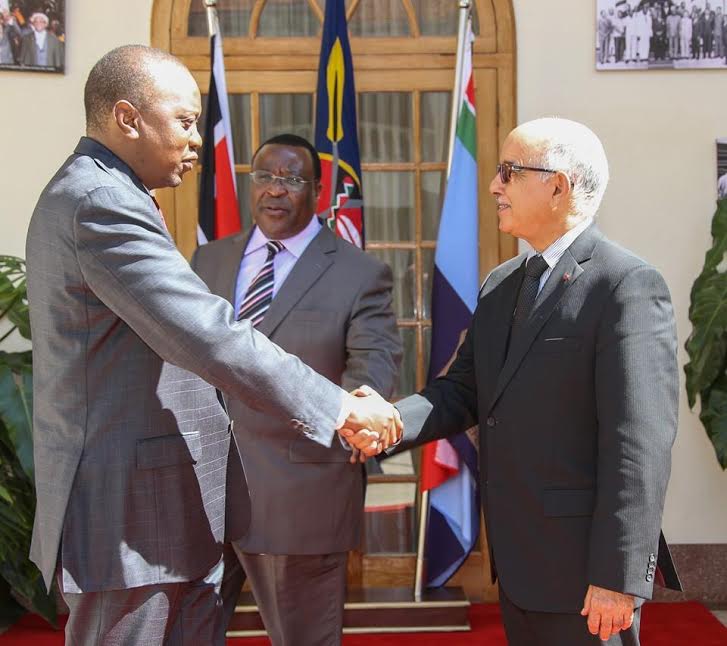 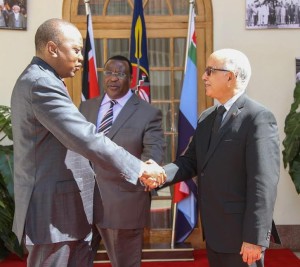 The African Union is about to reconsider its standpoint on the Western Sahara issue to pave the way for Morocco’s coming back to its rightful place within the African fold as a founder member of the Union, formerly called Organization of African Unity (OAU).

According to senior sources in Nairobi, Kenyan leaders have brought up the matter with President of the Moroccan Upper House, Mohamed Cheikh Biadillah, during his working visit to Kenya March 8 through 11.

Cheikh Biadillah visited the African country at the invitation of President of the Kenyan Senate Ekwe Ethuro.

Cheikh Biadillah, who also met Kenya’s President Uhuru Kenyatta, confirmed that his talks in Nairobi covered the latest developments of the Sahara issue, in addition to other issues of common interest, bilateral economic cooperation and the security challenges facing both countries.

Morocco has actually enhanced its popularity all over the continent and boosted its political, economic and cultural ties with many African States since the early years of 2000.

It is in this context that Cheikh Biadillah visited Kenya and that the Speaker of the Moroccan Lower House, Rachid Talbi Alami, made a trip to Niger on March 5.

Since Morocco withdrew from the OAU in November 1984, following the admission of the self-proclaimed Sahrawi Republic “SADR”, Moroccan diplomats and parliamentarians have relentlessly endeavored to fill in the vacuum on the African arena that was exploited by the Algerian officials and the Polisario leaders.

The Polisario and their Algerian mentors actually used Morocco’s absence from the AU to advertise the Polisario Front’s separatist thesis.

According to the sources from Nairobi, Morocco’s strong comeback on the African political and economic scene, spearheaded by King Mohammed VI, will soon bear fruit and turn the tide at the level of the African Union governing bodies.