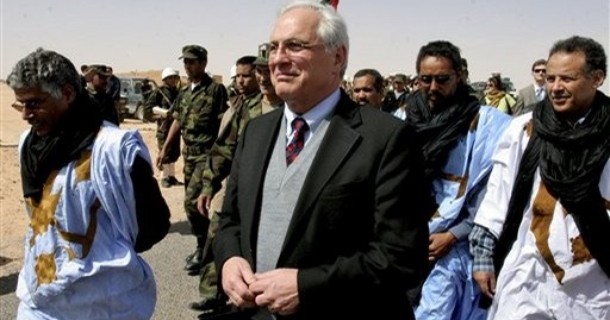 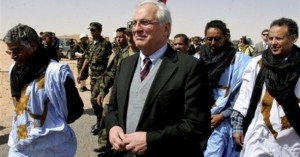 The UN Secretary General’s Personal Envoy for Western Sahara, Christopher Ross, is paying this March 23-25 a new three-day visit to the Tindouf camps, the second of its kind since the beginning of 2015.

No information was leaked about the purpose of this second trip to Tindouf, which is taking place only few weeks after the tour he conducted in mid-February and which had led him to Morocco, Tindouf camps, Algiers and Madrid.

An informed diplomatic source from the UN headquarters in New York said that the UN envoy returned to Rabouni to get a response from the Polisario leaders to the proposals he had submitted them to bring the issue out of the deadlock.

Christopher Ross wants to win concessions from the Polisario leadership to complete the report he would submit to the UN Secretary General Ban Ki-Moon next month. Ban Ki-Moon is expected to present the report to the Security Council on April 30 at a session that will review the latest developments of the Western Sahara issue, added the same source.

Analysts in New York give little credence to the explanations that were put forward by the Polisario and relayed by the Algerian media claiming that the UN mediator is returning to the region to put negotiations between Morocco and the Polisario back on track.

The informal talks sponsored by the UN mediator have long been frozen at the starting point, because of the intransigence of the Polisario, which clings, as advised by its Algerian mentors, to the “unfeasible” self-determination referendum, said the same sources.

The UN, encouraged by the support of several permanent members of the Security Council, is reportedly tempted to put pressure on Algeria and the Polisario to get them to the negotiation table on the basis of the Morocco-proposed autonomy plan for the disputed part of the Sahara, an option considered more credible and achievable by influential members of the international community.

The serious terrorist threat and the insecurity prevailing in the Greater Maghreb region and in sub-Saharan Africa make it most urgent to find a settlement to the longstanding issue. Let’s hope that this time Ross will not leave Algeria empty-handed.