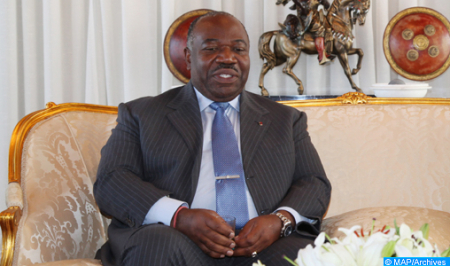 The President of the Republic of Gabon, Ali Bongo Ondimba, received in audience, on Thursday in Libreville, the Minister of Economic Inclusion, Small Business, Employment and Skills, Younes Sekkouri, bearer of a written message from His Majesty King Mohammed VI, the Gabonese Presidency said. The talks between the Gabonese Head of State and Sekkouri, held in the presence of HM the King’s ambassador to Gabon, Abdellah Sbihi, “focused on the relations of friendship and brotherhood that bind the two leaders and their respective peoples,” said the Gabonese presidency on its official website. Ali Bongo and Sekkouri have also “made a review of bilateral issues between the two countries,” added the same source. The Moroccan minister has, on this occasion, informed the President of the Republic of Gabon of Morocco’s willingness to share its experience in all sectors of activity requested by Gabon, the same source said. “This is particularly the case in areas relating to youth, vocational training, digital, SMEs-SMIs, among others, in which Morocco has proven expertise,” the Presidency of Gabon added. Gabon and Morocco have maintained excellent relations of friendship and cooperation for over five decades. These relations are marked by reciprocal visits of officials in both countries, an exemplary legal framework and by multiform investments.