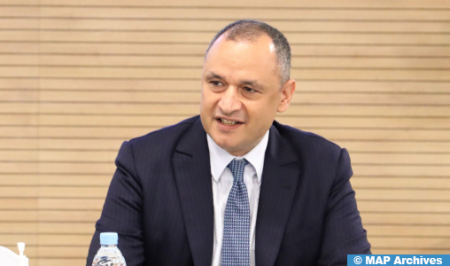 President of the Republic of Niger, Mohamed Bazoum, received in audience, Saturday in Niamey, Minister of Industry and Trade, Riyad Mezzour, who carried a message from His Majesty King Mohammed VI. “I had the great honor today to deliver a message from HM King Mohammed VI, may God assist him, to His Excellency the President of the Republic of Niger, Mr. Mohamed Bazoum,” Mezzour told the press at the end of the audience, held in the presence of HM the King’s ambassador to Niger, Allal Elachab. “This message is part of the strengthening of deep relations between our two sister countries. Multidimensional, economic, social, environmental, cultural and sports relations that the two Heads of State call to strengthen concretely on the ground,” said Mezzour.