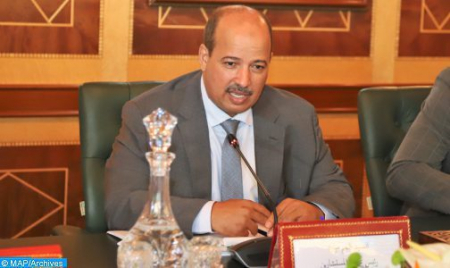 Speaker of the House of Advisors, Enaam Mayara will take part, on invitation of president of the Economic Community of West African States (ECOWAS), in the opening ceremony of this regional organization to be held Monday in Abuja, Nigeria. The participation of the upper house is part of the process of historical relations between the Kingdom of Morocco and the countries of West Africa, under the enlightened leadership of HM King Mohammed VI, and based on cultural ties, civilization, common values of development and solidarity as well as mutual respect, said a statement by the upper house. This initiative also comes to implement the content of the “Declaration of Laayoune” which crowned the visit of the president of ECOWAS, in the southern provinces last February, which stresses the need to build bridges of cooperation and strengthen coordination and consultation between the House of Advisors and the parliament of this regional community, in the service of common interests and issues, but also to take advantage of all opportunities and capacities available to develop ties on the economic and human levels between the Kingdom of Morocco and the countries of West Africa and achieve the desired integration.