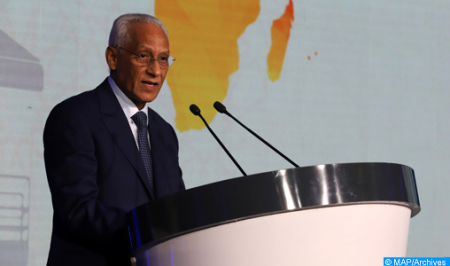 The resolution voted Thursday by the European Parliament (EP), in which it reproaches Morocco for violations of human rights and freedom of the press, reveals the contradictions of a decadent Europe, said the Delegate General for the Penitentiary Administration and Rehabilitation, Mohamed Salah Tamek. Far from being driven by a simple concern for the defense and promotion of human rights and freedom of expression and of the press, this resolution, which was supposedly voted on the initiative of a left-wing parliamentary group, “is clearly part of a campaign to tarnish Morocco’s image and to thwart its higher interests and legitimate ambitions, its emergence as a regional power on the southern shore of the Mediterranean casting a shadow on the old neighbor”, Tamek said in a statement.” As evidence of the bad intentions behind this resolution, he mentioned the fact that “it raised issues that have nothing to do with the purpose it set out to achieve.” Thus, the text endorsed by the European Parliament went so far as to “reproach Morocco for the ‘occupation of Western Sahara’, the ‘marginalisation of the Rif’ and its management of the trans-Mediterranean migration issue (even though the European Union and its member states have always prized its cooperation in this area),” stressed Tamek, noting that the resolution “went so far as to make the ‘Radi’ case a pretext for aggression against the Kingdom. “The blatant contradictions and dirty tricks of a decrepit Europe are only signs and evidence that, in the eyes of international opinion, it is not, and therefore has never been, the moral authority it claims to be,” he said. In the same vein, he cited concrete examples of Europe’s double standards. “How, indeed, does it live with the irreproachable bias it observes in its media coverage of the war in Ukraine? How can it unscrupulously forbid Russian sportsmen and artists to take part in the events it organizes and the monumental Dostoyevsky to shine in its (Enlightenment) bookshops?” asked Tamek. “How can it unduly and without evidence accuse the Kingdom of using the Pegasus program to monitor Moroccan journalists and spy on European heads of state when it produces and uses such software itself? While it allows itself to condemn Morocco for having ‘corrupted’ MEPs in the context of the lobbying it carries out in the European Parliament to defend the cause of its territorial integrity, a practice that is by the way reputed to be legitimate and common, it passes over its own corruptibility in silence so as not to dent its false sense of self-worth,” he added. This variable geometry policy shows that “instead of dealing with its own contradictions, Europe is vainly trying to give itself a new moral health, by having the audacity to judge the situation of human rights and freedom of opinion and of the press in a sovereign State with its own mechanisms for preventing violations of human rights and freedoms and to cast suspicion on its judicial institutions whose independence is guaranteed by its Constitution,” Tamek hammered. “While it creates impressive media waves around rape cases brought to court in its member countries, it ignores acts of rape, violence and human trafficking perpetrated against fellow members (or belonging to the LGBT community) by common law detainees whom it claims to defend in allegedly politically motivated prosecutions,” he noted. In conclusion, Tamek said that “it seems that Europe, which, by its own admission, is in an advanced economic and geostrategic decline, finds itself, to top it all, devoid of any moral credentials.”