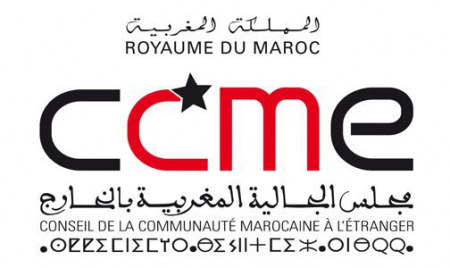 The Council of the Moroccan Community Abroad (CCME) has strongly condemned the European Parliament (EP) resolution which attacks Morocco and contains false and unacceptable allegations against many of its institutions. In a statement, the CCME, in its capacity as a consultative and prospective institution concerned with the affairs of the Moroccan community abroad, said its position rejecting the EP resolution is also an expression of the rejection of Moroccans residing in Europe and those of European nationality of this blatant interference in the affairs of their country of origin, as well as of the disregard of the contributions of more than three and a half million Moroccans to the cultural, political, economic and sports life of Europe. This resolution, the Council continues, is an explicit attack on the more than six-century-old history of distinguished and intertwined relations between Morocco and European countries, crowned by the Kingdom’s advanced status with the European Union (EU) as a strategic partner of Europe and a pivotal player in the dialogue between the two shores of the Mediterranean. It also represents an attack on the moral position that Morocco enjoys among African, Arab and Islamic peoples and which has been manifested on many occasions, the latest being the support of these peoples to the Moroccan national team and their interaction with its historic achievement at the World Cup in Qatar. In this context, CCME Secretary General Abdellah Boussouf denounced this resolution aimed at blackmail and called on the EP to respect millions of Europeans of Moroccan origin by refraining from undermining the national sovereignty of their country of origin and its institutions, the statement said. Boussouf also urged all active political forces in the EU to reconsider this ignominious institutional behaviour, to respect the principle of national sovereignty and to promote the building of partnerships on the basis of mutual respect, constructive dialogue and strategic interests.