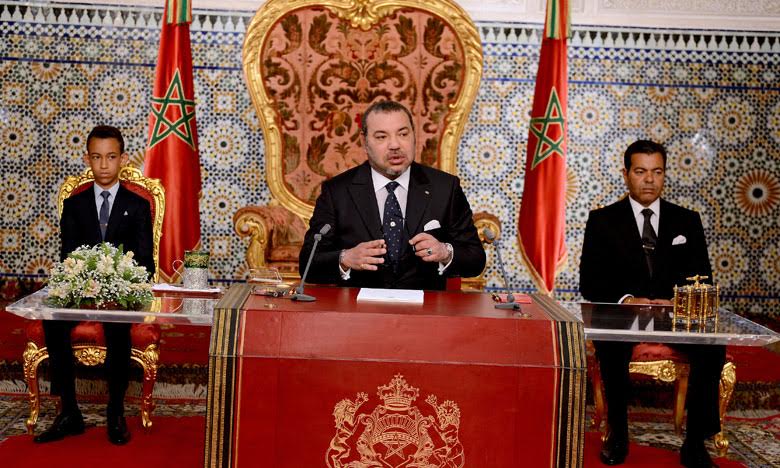 Morocco will never allow anyone to undermine its sovereignty, territorial integrity or social model; nor will it tolerate any attempt to harm its institutions or offend the dignity of its citizens, said King Mohammed VI on Thursday.

The Moroccan sovereign stressed, when dealing with the issue of the Kingdom’s territorial integrity in the Throne Day speech he delivered on Thursday afternoon, that “the ensuing developments concerning this (Sahara) issue at the level of the United Nations and at domestic level proved us right.”

He announced in this vein that Morocco will start the implementation of the advanced regionalization scheme as well as the development model for the Kingdom’s Southern provinces.

This large-scale project will translate on the ground the autonomy proposal Rabat had submitted to the UN in April 2007 for the final settlement of the territorial dispute over the Moroccan Sahara between the Kingdom and the clan formed by Algeria and the Polisario separatists.

King Mohammed VI has nevertheless warned that the Sahara issue has not been closed, which requires vigilance and mobilization in order, he said, “to thwart the schemes and plots of our adversaries and counter whatever deviation there may be from the UN settlement process.

The Moroccan monarch recalled that he had clearly and unequivocally spelled out, in the speech marking the Green March anniversary, “the reference framework and guiding principles for dealing with the Moroccan Sahara issue, at both the domestic and the international level.”

In the same vein, King Mohammed VI said that “as far as firmness is concerned, and being a responsible partner that honors its international obligations, Morocco will do whatever it takes to defend its best interests.”

“Whereas our domestic policy is designed to serve the citizens, the objective of our foreign policy is to safeguard the nation’s best interests,” the king insisted.