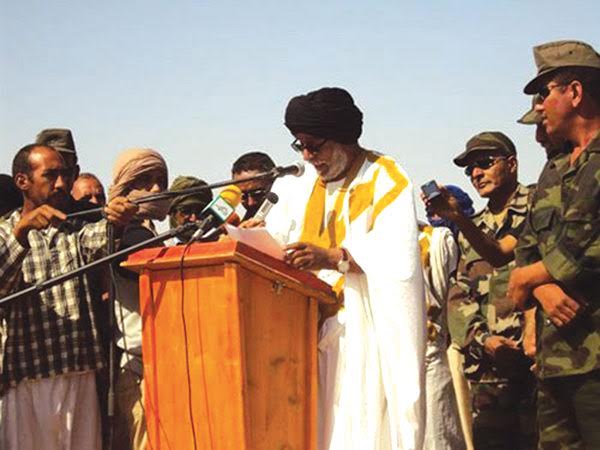 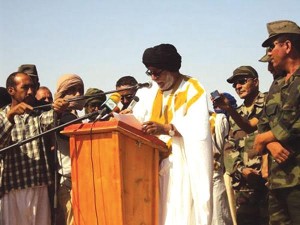 A Polisario senior executive and former head of the so-called government of the ghostly Sahrawi Republic “SADR” has violently attacked the United Nations and France, holding them responsible of the failure of the peace negotiations on the Western Sahara conflict.

“The main enemy of Western Sahara is France and not Morocco,” said Mohamed Lamine Ahmed in an address at a summer university of Sahrawi executives held July 25 to August 12 in Boumerdes, northern Algeria.

On the diplomatic front, in UN bodies, the Sahrawi cause comes up against the French veto, said Lamine Ahmed, an advisor to the Polisario leader, Mohamed Abdelaziz.

The Polisario executive also blamed the UN Secretary-General Ban Ki-moon for not showing any genuine keenness to find a solution to the Sahara conflict.

In the Polisario leadership “we have no more confidence in the UN,” he said noting that Ban Ki-Moon “has spent 8 years at the helm of the UN and has never visited the region, unlike his predecessors, De Cuellar, Boutros Ghali and Kofi Annan.”

Since the negotiations between the Polisario Front and Morocco started in 1997, no results have been scored, lamented Mohamed Lamine. “None of the UN resolutions on the Western Sahara issue was implemented, except the one relating to the cease-fire. This has fueled a feeling of mistrust towards the United Nations,” he said.
To add some flavor to his dull speech, the Polisario executive warned that “the situation is still confrontational” and that a “resumption of armed hostilities can occur at any time,” a threat that the Polisario brandishes whenever it is at bay.

However, the advisor to the unmovable leader Mohamed Abdelaziz, being aware that he is wiretapped and recorded by the terrible DRS (Algerian military intelligence services) overshadowed in his address the deplorable living conditions in the Tindouf camps and the suffering of the populations sequestered there as he kept silent on the misbehavior of the Polisario leaders and their minions.