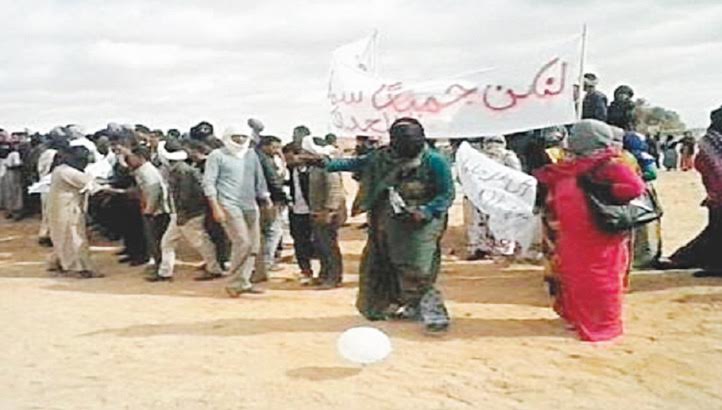 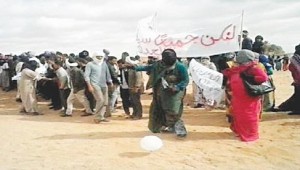 The visit of King Mohammed VI to the Western Sahara and principally the speech he delivered on November 6 from Laayoune, have stunned Algerian leaders and inflamed the situation in the Polisario-run Tindouf camps.

King Mohammed VI delivered the speech to the Nation on the occasion of the 40th anniversary of the Green March which put an end in 1975 to the presence of Spanish colonial forces in the southern provinces of the Kingdom.

In his speech, Mohammed VI has not spared the Algerian regime or the Polisario leaders.
He blatantly accused Algeria and the Polisario of being directly responsible of the awful living conditions of the 40,000 Sahrawis stranded in the Algerian desert in Tindouf.
Of course the truths unveiled by the King were not to the liking of Algerian leaders and the Sahrawi separatist movement. They likewise were taken aback by the king’s call urging the camps inhabitants to rise up against their precarious living conditions.

The call was actually heeded. On the morrow of the royal speech, a newly recorded video was posted on social networks on Monday, November 9. The video shows dozens of men and women in the Rabouni camp loudly protesting their living conditions in the camps that are under Algeria’s responsibility. According to the authors of the video, the protest movement was staged near the headquarters of Mohamed Abdelaziz in Rabouni. The protesters vehemently denounced their appalling living conditions, shouting “No to indignity.”

Actually, in his speech, the Moroccan sovereign has directly addressed the inhabitants of the Tindouf camps, asking them:  “Are you satisfied with the awful conditions you live in? Do women in the camps accept the sense of despair and frustration prevailing among their sons and daughters, who have no horizon or future to look forward to?”

Pointing out that he personally believes that the camps inhabitants “deserve better than these inhuman conditions,” he warned them however that should they put up with these conditions, they would only have themselves to blame, and that meanwhile, they can see that “Morocco is pressing ahead with the development of its southern provinces, making sure the inhabitants of those provinces enjoy a free, dignified life.”

The King’s call and his message have been obviously grasped by the camps inhabitants and their reaction is undoubtedly just beginning. The worse is yet to come over the coming days as the Polisario leaders have not much to offer, especially after the depletion of the petrodollars manna.