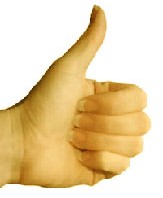 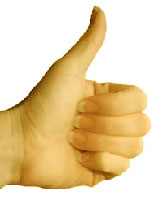 It is impossible to talk about the present Morocco without keeping in mind the milestone which the year 1975 represents in its history, the large horde of the Green March volunteers crossed the artificial boundaries of the Moroccan Sahara colonized by Spain. These historical moments, commemorated each year in Morocco, are for the King, from the Constitution side, the guarantor of the territory integrity, an occasion to reaffirm the Moroccanity of the territory, and the willingness of the Kingdom to find a solution to this human tragedy which some of the Moroccan Sahrawis confined in the camps of Tindouf in Algeria, are undergoing.
The Sahara issue has constituted for the King Mohammed VI, since his accession to the throne in 1999, a challenge and a lever.
A challenge, first of all, because Morocco, legitimately settled down in its Sahara, says to all those who want to hear it « I am there and I will stay ».
A challenge also, because Morocco is the only one to respond to the call addressed, since the end of the 90s, by the international community, to all the concerned parties so that they take initiatives allowing to get out of this deadlock where the different attempts to settle the artificial conflict around the Moroccanity of the Sahara, and to look for a compromise political solution, were sucked down.
A lever, because, while waiting, Morocco won’t keep folding its arms, and would not accept that its democratic progress and its development be subject to others’ selfish motives and bad deeds. From this point of view, the democratic option, becoming a real strategic priority, should concretely take shape. The immediate objective remains in the setting up of a real, coherent and very deep political decentralization basis. It is, however, high time that Morocco chooses to have a solid regional basis that would assure the capitalization of the concrete efforts made in the local development, and before all, the integration of populations in a modern and diversified, unified democratic society where priority is given to the rights of citizenship.
The real contemporary aspect of the State and the nation is its integration within a dynamics which puts democracy at the heart of the society. The laws of the social evolution respect, henceforth, a rate which speed is more and more increasing, with no comparison to all that happened in the classical period. Achievements and progress which used to take centuries before, can, from now on, happen in some decades nowadays. The decentralization is the opportunity for a country to reconsider itself and build its development starting from the basis.