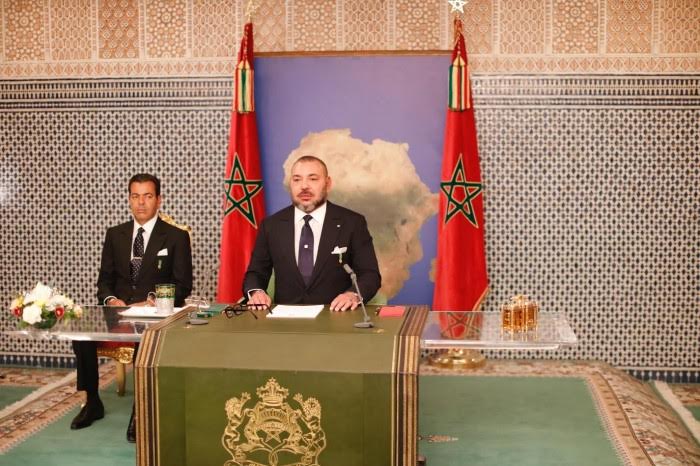 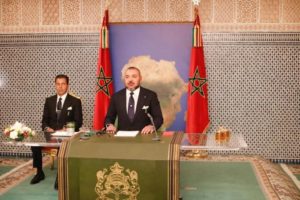 King Mohammed VI reaffirmed in Dakar Sunday that Morocco’s return to the African Union would not change its firm positions regarding the Sahara issue.

“Morocco’s return to its continental institutional family will not change our unwavering position regarding the Moroccan Sahara,” said the Moroccan king in a speech he addressed to the nation from the Senegalese capital, Dakar, on the occasion of the 41st anniversary of the Green March, which allowed Morocco to recover its southern provinces in 1975.

This return to the AU, he insisted, “will enable us to defend our legitimate rights and correct the fallacies peddled by opponents of our territorial unity, particularly within the African Union.”

The Moroccan monarch went on to say that once the Kingdom recovers its seat at the AU, “We will also foil their attempts to insert such fallacies into resolutions which are contrary to the base set by the United Nations for the settlement of this fabricated regional dispute and to the stances adopted by most African states.”

Morocco’s African policies have proved successful and are starting to bear fruits, both at the level of political stances regarding the issue of our territorial unity, and in terms of further economic involvement and stronger relations with various African countries, he said.

Today, he added, “Morocco is regarded as an influential regional power and enjoys the esteem and trust not only of the continent’s leaders, but of its peoples too.”

In this traditional speech marking the Green March that he delivered for the first time outside of Morocco, King Mohammed VI paid tribute to Senegal for its unwavering support of Morocco’s territorial integrity, recalling that Senegal was among the states which participated in the national epic of the Green March, together with other African and Arab countries.

“Senegal has always been at the forefront of advocates of the Kingdom’s territorial unity and lofty interests. Furthermore, on several occasions, it has shown, through words and deeds, that it considers the cause of the Moroccan Sahara as one of its own national causes,” said the King in recognition of Senegal’s unwavering support to Morocco.