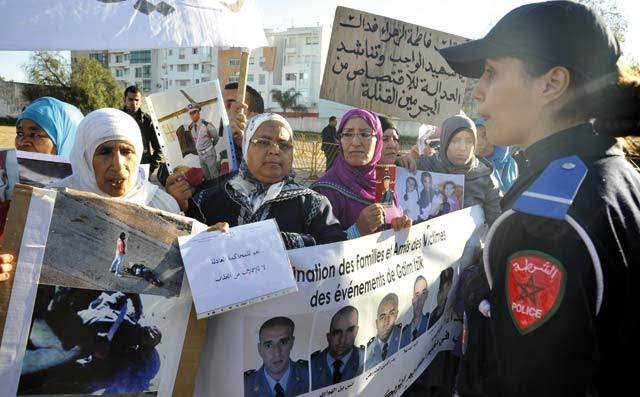 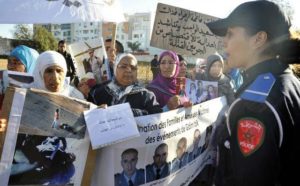 The trial of the perpetrators of the inhuman atrocities committed in November 2010 in Gdeim Izik, near Laayoune, was reopened on Monday before a civilian court in the city of Salé.

During this trial, the families of the 13 victims were allowed to join the prosecution as civil parties, five months after the Court of Cassation invalidated, in July 2016, the judgment rendered by the Military Court following the adoption of a New law prohibiting the trial of civilians by military courts.

The perpetrators of the cowardly assassination of 11 members of unarmed public forces first appeared before a military court in February 2013. They were then handed sentences ranging from two years in prison to life imprisonment for “setting up of criminal gangs, violence against law enforcement agents causing death with premeditation, and mutilation of corpses.”

During this new trial, the issue of material evidence does not arise, as the facts had been immortalized by video footage showing the defendants slaughtering unarmed law enforcement agents and mutilating their bodies. The crimes were committed on November 8, 2010, following the intervention of the security forces to dismantle a camp of tents erected in the locality of Gdeim Izik by inhabitants of Laayoune who were claiming socio-economic reforms.

The savage horde in the pay of the Polisario, armed with sabers, axes, stones and gas cylinders, had taken advantage of the fact that the law enforcement agents were not armed and savagely attacked some of them. Eleven agents, including firefighters, were cowardly slaughtered, their skulls smashed and their bodies mutilated.

On the basis of the evidence produced and the charges against the 25 criminals, the lawyers defending the victims accused “the international lawyers collective” of putting forward untruths, while the defendants’ lawyers plead for the application of international humanitarian law in their case.

The association of the families and friends of the victims calls for justice to be done in this horrific case, saying that the right to life is the most sacred human right and that the 11 victims have been deprived of this very right to life as they were murdered in cold blood while fulfilling their professional duties.

“It is hallucinating that these lawyers try to focus on the status of the Sahara while we have to deal with a horrendous crime where 13 Moroccans, including 11 law enforcement agents were brutally killed and mutilated,” said Abdellatif Ouahbi, one of the lawyers of the victims’ families.