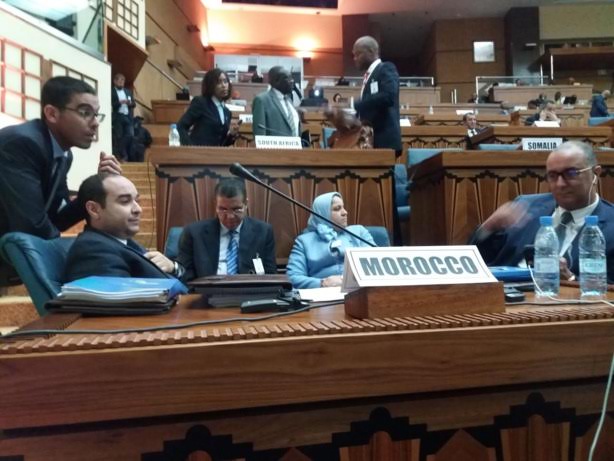 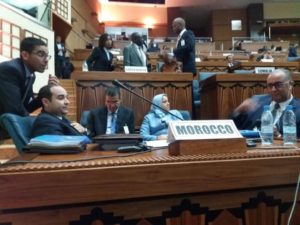 A meeting of experts’ committees, jointly convened by the UN Economic  Commission for Africa (ECA) and the African Union (AU), was scheduled in Dakar on March 23-25, but it was postponed sine die last Saturday.

The 10th Annual Conference of African Ministers of Finance and Planning, co-sponsored by the AU and the ECA, that was to convene in the Senegalese capital on March 27 and 28 March, was foiled by the presence of a Polisario delegate. Morocco strongly contested the Polisario’s participation for the simple reason that the so-called Sahrawi republic “SADR” does not have the status of a UN member.

The Polisario and its Algerian mentors who have used the subterfuge to replace the “SADR” sign by “Western Sahara” have failed to deceive the Moroccan delegates, the ECA representatives and the delegates of other countries participating in the preparatory meeting of Committees of experts, which opened on Thursday March 23.

The blockade began when the two representatives of the southern provinces who were part of the Moroccan delegation, Mhamed Abba, vice-president of the Laayoune-Sakia El Hamra region, and Bouttal Lambarki, an elected representative from the Dakhla-Oued Eddahab region, occupied the seats reserved for the Western Sahara, in their capacity as legitimate representatives of the populations of this region.

Thus, the technical meeting of the committees of experts was not able to continue its proceedings. The Moroccan delegation argued that it was out of the question that a delegate of the so-called SADR, which is not recognized by the UN, participates in an UN-sponsored meeting.

Faced with the strong legal arguments presented by the Moroccan delegates, the secretariats of the AU and the ECA finally decided on Saturday, March 25, to cancel the ministerial conference, despite the insistence of the Algerian and South African delegates who argued that the Polisario delegate “represents a member state of the AU”.

For the elected Sahrawi Mhamed Abba “this is a mistake that we have tried to point out and explain to many countries”. It is because of the illegal intrusion of the representative of the pseudo-SADR, which “lacks the legitimacy required”, that the AU/ECA ministerial meeting in Dakar could not take place, he said.