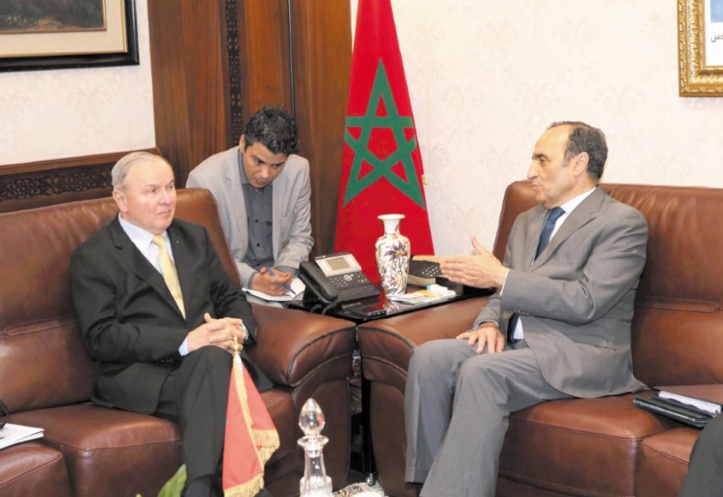 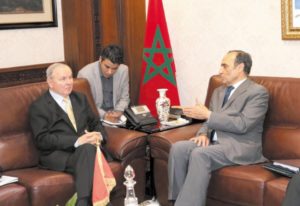 At a meeting in Rabat Wednesday with Speaker of the House of Representatives, Habib El Malki, the Chilean parliamentarian Fernando Meza said his visit to Morocco is a message of solidarity and consideration from the Andean Parliament.

Morocco and the Andean countries share the same values, he added, noting that the constitutional monarchy in Morocco is a model to follow in terms of democracy and human rights and its experience is worth following by Latin American countries.

For his part, Habib El Malki voiced appreciation for the Andean Parliament’s position on the Sahara issue, as well as for Chile’s stand on this issue, welcoming the strong ties uniting the two countries.

The lower house of the Moroccan parliament has an observer status in the Andean Parliament, which musters 25 deputies, five from each of its member countries, namely Bolivia, Chile, Colombia, Ecuador, and Peru.

In another development, the Colombian government reaffirmed that it has frozen, for several years now, its recognition of the so-called Sahrawi republic “SADR”.

This came in a clarification published by the Colombian Ministry of Foreign Affairs on Tuesday (April 24) about the presence in Bogotá of Mujtar Leboihi Emboirik, who claims to be “a Sahrawi ambassador on mission in Colombia”.

“The SADR has neither a diplomatic representation nor an ambassador accredited to the Colombian government”, Said the Foreign Ministry.

In 2017, the Colombian Senate and House of Representatives reaffirmed that “only a negotiated political solution preserving the territorial integrity of the Kingdom of Morocco is capable of promoting peace and stability in this region”.