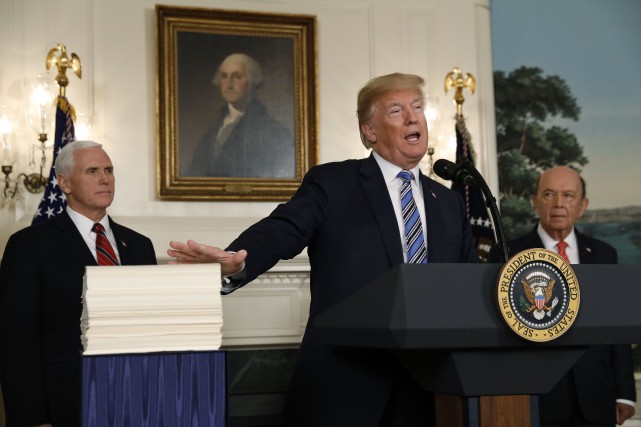 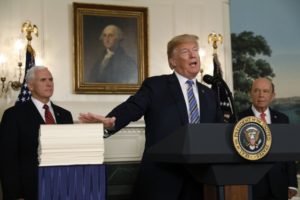 The Polisario Front has just been dealt another blow, this time by the White House. President Donald Trump signed into law Friday the 2019 appropriation bill that includes the Sahara in the aid granted to Morocco.

The bill, adopted the day before by the American Congress, explicitly stipulates that the funds allocated to Morocco are also usable in assistance to the Sahara. The Polisario leaders and their Algerian sponsors could hardly believe the news. The Algerian Foreign Minister Abdelkader Messahel visited Washington recently to appeal for excluding Western Sahara from the assistance allocated to Morocco. Seemingly, his lobbying failed!

Besides, the new spending law calls on the US Administration to submit, after consultation with UNHCR and the World Food Program (WFP), a report to the Congress on measures taken to tighten monitoring of the delivery of humanitarian aid to refugees in the North Africa region. A direct allusion to the populations of the Tindouf camps, where international aid is systematically diverted.

In the end, this is good news for Moroccan diplomacy, which is staging an international battle for the defense of the kingdom’s territorial integrity and supreme interests.

The Moroccan Foreign Ministry applauded the promulgation  of the bill as it had applauded the adoption by the European Parliament of the Morocco-EU agricultural and fisheries agreements, which both include the Moroccan southern provinces and extend to the products of these provinces the same tariff preferences granted to products of other regions of Morocco.

These texts are for Rabat a resounding diplomatic victory since they constitute a de facto recognition of the sovereignty of Morocco over its southern provinces.

On the African chessboard, Morocco also scored points, since, for the first time, the Sahara issue was not mentioned in any of the resolutions, decisions and recommendations adopted by the 32nd African Union Summit, held recently in Addis Ababa.

The AU has even banned its Peace and Security Council from dealing with this issue, which remains the exclusive domain of the United Nations.