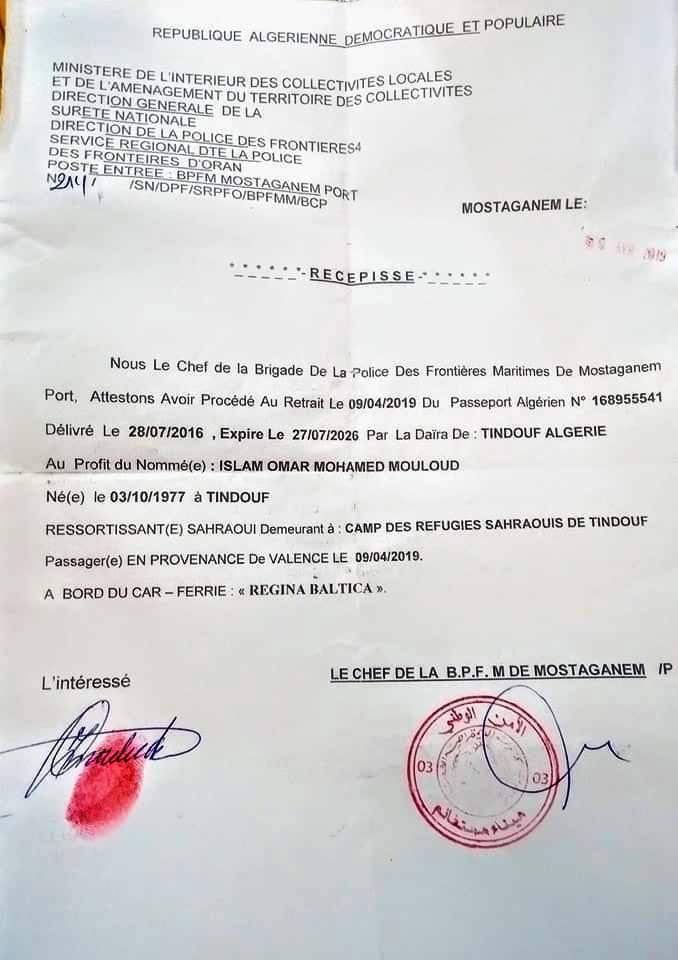 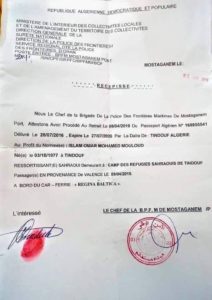 The Algerian authorities have tightened the blockade imposed on the Tindouf camps. Lately, they confiscated the Algerian passports used by Sahrawis to travel abroad.

After they gave instructions to the Polisario leaders to restrict the entry to and exit from the Tindouf camps, Algerian authorities are now seizing the Algerian passports that were granted in the past to Sahrawis to facilitate their travel abroad, especially to Europe.

Lately, many Sahrawis had their travel documents confiscated as soon as they landed in Algerian ports or airports upon return from abroad. Their protests were vain.

The inhabitants of the Tindouf camps, who are already irked by the movement restrictions imposed on them by the Polisario armed militia for more than a month, are now deprived of Algerian passports, the only travel document that enabled them to travel abroad. A “passport” issued by the so-called “SADR” is useless as no country, including Algeria, recognizes the pseudo-republic.

Thus, the many Sahrawis settled in European countries, particularly in Spain and France, no longer dare to return to Tindouf, for fear of making a one-way journey and be unable to go back to their host country and consequently lose their job and the benefits they enjoy there.

Besides, the new restrictions hamper the Tindouf camps inhabitants’ only source of income: smuggling between the camps and southern Algeria and the other neighboring countries, particularly Mauritania.

Even the international humanitarian aid granted to Sahrawi families in Tindouf has been reduced by donor countries after they realized that their assistance was systematically embezzled by the Polisario leaders and their cronies.