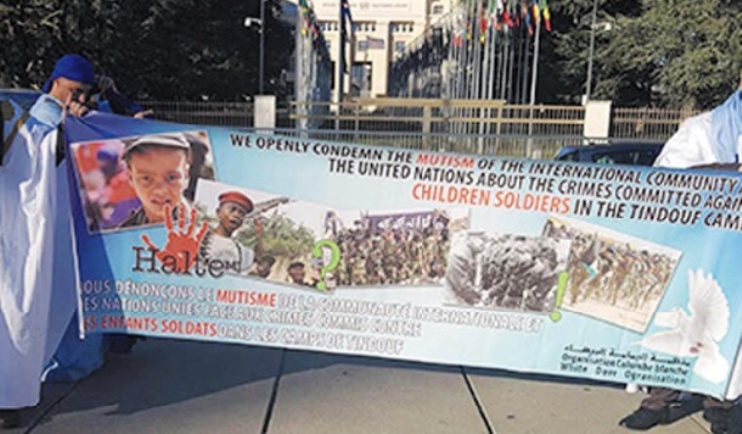 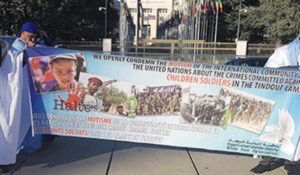 Many non-governmental organizations (NGOs) seized the opportunity of the 41st session of the United Nations Human Rights Council (HRC) in Geneva to denounce the enrolment by the Polisario of children in the Tindouf camps as soldiers, a fact that is illustrated by photos and videos relayed regularly on social networks.

The NGOs drew the attention of the HRC and international public opinion to the plight of the Sahrawi children who are indoctrinated and trained to become soldiers against their will.

These NGOs included in particular the Alliance of Moroccan Sahrawis in Europe for Development and Solidarity and the “White Dove” Organization, which have been observing a sit-in in the Swiss capital since last Monday, to denounce such practices, banned by international law.

The sit-in is organized on the sidelines of the current session of the HRC under the sign: “Polisario’s Open Doors on Polisario’s Crimes”. The sit-in is part of a large-scale campaign meant to raise the international public opinion’s awareness to the case of the thousands of child soldiers in the world and particularly in the Tindouf camps where there is total impunity thanks to the protection of the Algerian regime.

The organizers of the campaign set up a tent displaying pictures of some of the children enrolled as soldiers, and slogans denouncing the multiple violations of human rights committed by the Polisario leaders and militias, especially against children who are forcibly taken away from their families to be trained to the handling of firearms and explosives.

Many children have died while handling explosive devices and were buried in anonymity. Survivors are usually recruited by armed groups or terrorist networks, say the organizers.

For the Secretary General of the Alliance, Ali Jeddou, the Geneva sit-in also aims to call on the international community and humanitarian NGOs to intervene to put an end to the plight of Sahrawi families and their offspring in the Tindouf camps with the blessing of the Algerian regime and generals.