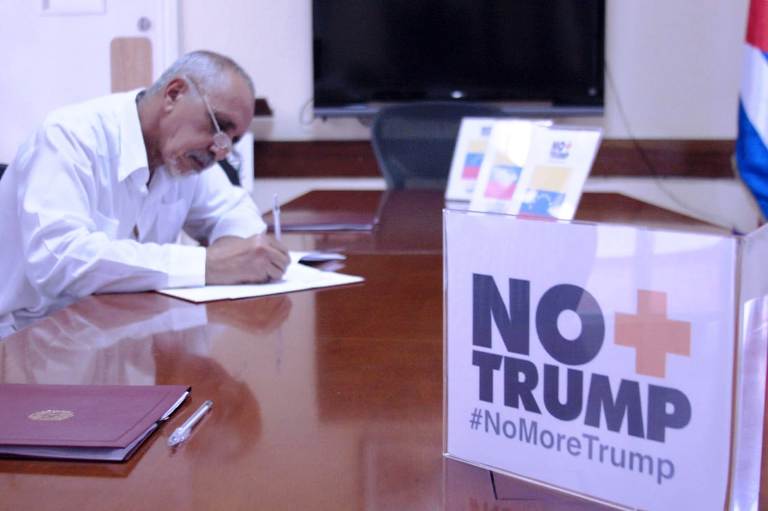 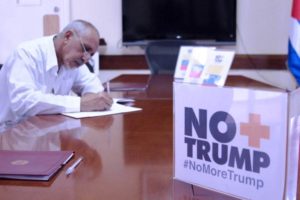 The Polisario is in bad shape because its representative in Havana, Maa Al Aynine, has signed the petition “No More Trump” floated by Venezuela.

The Petition, signed by Cubans and representatives of other socialist countries, denounce the sanctions imposed by the administration of the American president Donald Trump on Venezuela and its controversial president Nicolas Maduro.

After the clumsy move of the so-called “ambassador” of the pseudo-Sahrawi republic “SADR”, the Polisario leaders are now expecting a strong retaliation from Washington, which is anyways rejecting the option of independence of Western Sahara claimed by the separatists of the Tindouf camps, as reported lately by the American newspaper The Wall Street Journal.

The widely circulated US daily reported in a recent edition that US officials who are closely following the Sahara issue said that the United States had “made it clear that Washington would not support a plan to create a new state in Africa”.

Since January 10, 2019, a presidential crisis is underway in Venezuela, making uncertain the fate of president Nicolas Maduro, whose country recognizes and supports, like Cuba, the pseudo-“SADR”.

President Trump and his administration support Juan Guaidó, who considers the re-election of Maduro illegitimate and was recognized on January 24, 2019 by the Venezuelan National Assembly as the interim president of Venezuela. Besides its legitimacy is endorsed by fifty countries. A case to follow.