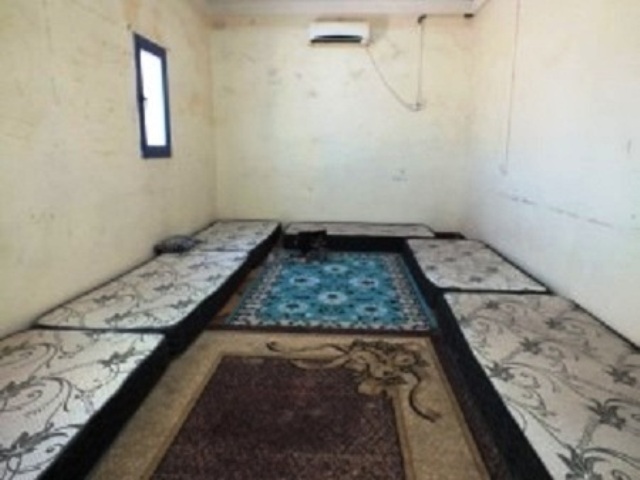 The luckiest of a hundred Sahrawis, especially women and children, who were stranded on the Algerian border with the Mauritania because of the Coronavirus pandemic, were finally authorized on Friday (27 March) to return to the polisario-controlled Tindouf camps, southern Algeria.

But upon their return, these Sahrawis, who already endured hardship during their forced sojourn in the desert without water and food, were confined, to their greatest dismay and astonishment, in isolation rooms set to accommodate several people without sanitary facility essential to their daily living needs.

Instead of transferring them to the appropriate health units for their quarantine, the Algerian authorities and the Polisario leaders tossed them like sheep in cramped rooms in the middle of the desert, without any medical assistance.

On March 21, another group of Sahrawis from Tindouf camps, were captured and beaten by Algerian soldiers on the outskirts of the city of Tindouf to which they were heading to get some food and fuel which are unavailable in the camps.

Regarding the first group, “Al-Mustaqbal Al-Sahrawi” web site of the so-called “Saharawi ministry of health” said lately it “learned from its own sources that the sufferings of Sahrawi citizens stranded on the Algerian borders have ended on Friday (March 27) by allowing them to enter the camps few days later after their stay in the open air at the border” of Mauritania.

The same source also said that “the Algerian authorities, in coordination with the Sahrawi authorities, have allowed only women and children to enter the camps, while men were excluded from the decision” and was therefore left to their fate.