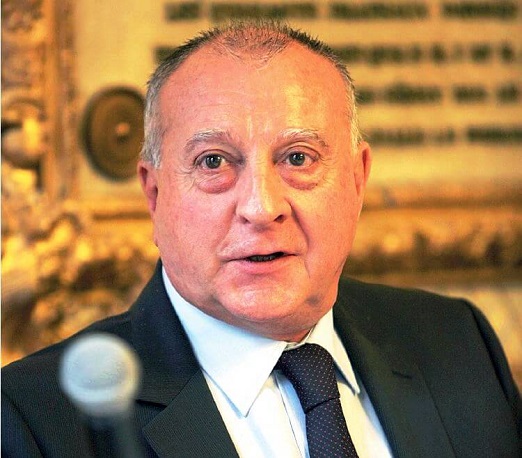 Head of Paris-based Observatory of Geopolitical Studies (OEG), Charles Saint-Prot, has blamed Algeria for the perpetuation of the Sahara regional conflict as it continues to spend lavishly to keep this issue unresolved through its generous funding of the separatist group.

“It is time for the Algerian regime to reconsider its anti-Moroccan obsession and move towards ending it support for the separatist plot” against Morocco’s territorial integrity, said lately the French expert in an interview with Tunisian weekly “L’expert”.

He also called on the international community to step up pressure on Algerian rulers to put an end to a conflict, which is a remnant of the Cold War era.

The Algerian leaders should understand that hate diplomacy is counter-productive, stressed Mr. Saint-Prot, noting that the Sahara issue is an artificial conflict created from scratch by the Algerian regime and the communist bloc in the mid-1970s, while Western Sahara has been returned to its motherland Morocco after the departure of the Spanish colonizers, following the Green March of November 1975.

It was at this time that the Polisario was created at the instigation of Algeria and the communist bloc, recalled the French analyst, stressing that the Polisario has never been recognized as a national liberation movement by the United Nations because it was not engaged in the resistance struggle against the Spanish occupier.

According to Charles Saint-Prot, the “bogus” conflict around the Moroccan Sahara is only “a pretext for the Algerian leaders who are hostile to a large market (Maghreb) with rules of law and transparency that would expose their corruption and the truly Soviet nature of their system”.

The Algerian regime should shoulder its responsibilities, as it is the only one blocking Maghreb cooperation, he said.

In his interview, Charles Saint-Prost also tackled the good Moroccan-Tunisian relations and the Libyan conflict, praising the important role played by Morocco in reopening dialogue between the belligerents to reach a peaceful resolution of this conflict rocking this country since 2011.