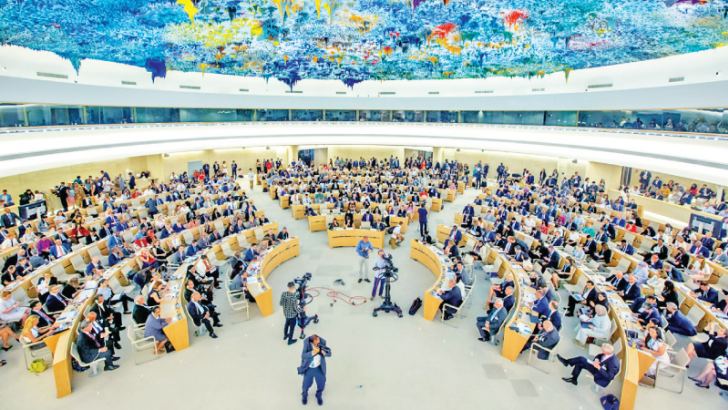 The human rights violations committed by the Polisario militia against the Sahrawi populations in the Tindouf camps, with the complicity of Algeria, were denounced once again, Monday, before the UN Human Rights Council (HRC) in Geneva.

Following the example of several organizations and human rights activists who spoke throughout the 46th session of the HRC to shed light on the terror and repression prevailing in the camps of Tindouf, Sahrawi human rights activists Mohamed Ahmed Gain and Shaibata Mrabih Rabou highlighted Algeria’s responsibility in the violations and abuses perpetrated by the separatist’s militia on Algerian territory.

In his intervention through video conference, Shaibata noted that “repeated violations of human rights continue to occur in the camps of Tindouf on Algerian soil,” emphasizing the systematic abuse and violations committed against women in the said camps.

“These practices in which the Polisario militias are engaged are used to spread terror and retaliation,” he added, urging “the Council and the Member States to put pressure on Algeria to stop all forms of human rights violations in the camps of Tindouf, especially those targetting fragile social categories such as women.”

For his part, academic Mohamed Ahmed Gain denounced Algeria’s fallacious campaign to divert attention from the situation in the camps of Tindouf, where secret detention centers are witnessing serious violations of human rights, in the absence of any judicial review.

He exposed Algeria’s attempts to “restore the image of the polisario at the international level, while its members are involved in serious abuses and violations of the rights of Sahrawis in the camps of Tindouf.

Gain also spoke out against Algeria’s attempts to use the issue of human rights for its geopolitical interests by mobilizing allied NGOs to produce false reports on the situation in the Southern Provinces of the Kingdom.