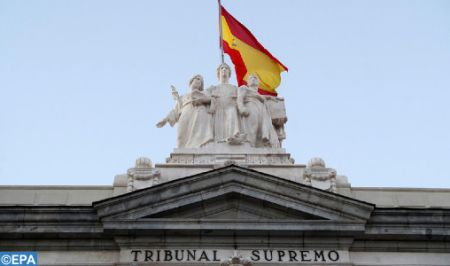 By hosting on its territory the so-called Brahim Ghali prosecuted for serious crimes of genocide, terrorism, and human rights violations, Spain “defies international law,” former chairman of the Moroccan-British parliamentary friendship group, Derek Conway said on Thursday in London. The leader of the polisario separatist militia is subject of an international arrest warrant for charges brought against him by the Spanish judiciary for murder, torture, rape, acts of terrorism, use of child soldiers, and other violations of human rights, Conway told MAP. “By conspiring with Algeria to smuggle in this terrorist under the guise of receiving medical treatment, the Spanish government is defying international order,” Conway said, calling on Spain to “explain to the international community the reasons behind its collaboration with the Algerian regime to smuggle in this individual wanted by the courts” with “a false diplomatic passport issued by Algeria.” In addition to his maneuvers against Morocco, the so-called Brahim Ghali “has imposed a Marxist regime of terror on the population of the camps of Tindouf,” former MP noted, recalling that he is wanted by the Spanish justice for multiple crimes committed against Spanish citizens between 2008 and 2016. ”These accusations refer to his actions on the industrial site of Phosboucraa near the Moroccan city of Laayoune during attacks launched between 1974-76,” he said. He called on Spain to “act under its status as a law-abiding European country by arresting him and bringing him before justice for the atrocities he committed against several Spanish citizens and also for the charges brought against him internationally.”