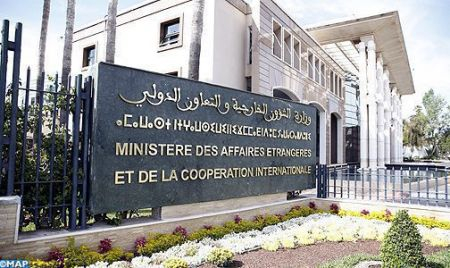 The Kingdom of Morocco has decided to recall, for consultation, the Ambassador of His Majesty the King in Berlin, said Thursday a statement by the ministry of Foreign Affairs, African Cooperation and Moroccans Abroad. “The Federal Republic of Germany exacerbated hostile acts that are detrimental to the higher interests of the Kingdom of Morocco,” said the same source. Thus, Germany has developed “a destructive attitude on the issue of the Moroccan Sahara,” the statement added, saying that “its antagonistic activism, following the U.S. presidential Proclamation recognizing Morocco’s sovereignty over its Sahara, is a serious act that remains unexplained so far”. Also, the authorities of this country act with complicity towards an ex-convict for terror acts, in particular by disclosing sensitive information communicated by the Moroccan security services to their German counterparts, the ministry stressed. In addition, there is a continued determination to counter the regional influence of Morocco, especially on the Libyan issue, by attempting to improperly exclude the Kingdom from a number of regional meetings devoted to resolving this issue as the one held in Berlin. “For all these reasons and due to this constant and unacceptable hostility, the Kingdom of Morocco has decided to recall the Ambassador of His Majesty the King in Berlin for consultation,” the statement concluded.