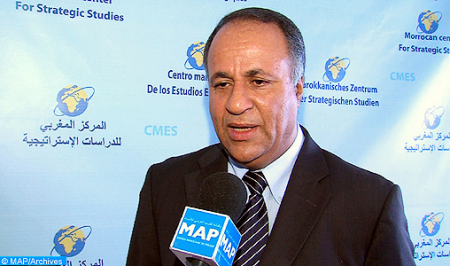 Spain should provide clear answers about the current crisis with Morocco, instead of opting for muteness, said president of the Moroccan Center for Strategic Studies (CMES), Mohamed Benhammou. Benhammou, who was, Monday, the guest of the Moroccan Information Radio (RIM RADIO) of MAP, stressed that the Spanish government, which seeks to export its dispute with Morocco, should rather provide “concrete answers” to this crisis. The Spanish executive must respond favorably to Morocco’s claims, as it is a legitimate issue, while determining the nature of the relationship it wants to build with Morocco, he said. “By continuing to play the time-out card and waiting for Morocco to reverse its position, the Spanish government, through this attitude, will only aggravate the crisis, which could have dangerous repercussions on bilateral relations,” said the expert. Benhammou noted that the current crisis between Spain and Morocco is “the result of a Spanish attitude and policy. Spain tends today to export this crisis to the European borders, while it is related to an immoral behavior that cannot emanate from a democratic government or a self-respecting State. “We know that Spain has resorted to a strange behavior, by bringing on its soil the so-called Brahim Ghali under a false identity”, he noted. Spain, which faces a furious far right, a far left without ideology and elites in loss of bearings, is trying to revive some past glories at the expense of Morocco, he stressed, saying that the use of these maneuvers is an attempt to maintain “opaque” relations with the Kingdom and take advantage of the current situation, since Madrid does not consider Rabat as a true partner and, therefore, does not adopt an approach based on a “win-win partnership. Regarding the process of exfiltration of the “polisario” leader in the same way he entered Spain, Benhammou said that the Spanish government is now in a great impasse, without the slightest idea of how to get out of it, which will undoubtedly lead it to pay “dearly” the consequences of the crisis on the internal level. To meet the challenges of the 21st century, president of the CMES said, Europe will have to be at the side of Morocco, which is the gateway to the Old Continent and the safe country regarding immigration. The political analyst considered that security, immigration and all related matters are common affairs, which requires joint efforts to fight illegal immigration, adding that “Europe cannot disengage from its responsibilities and ask Morocco to play the role of gendarme, but should be a true partner and fully assume its responsibilities”. “This crisis is an opportune moment to rebuild our relations with Spain and Europe on new foundations, a serious policy and a new direction,” he concluded.