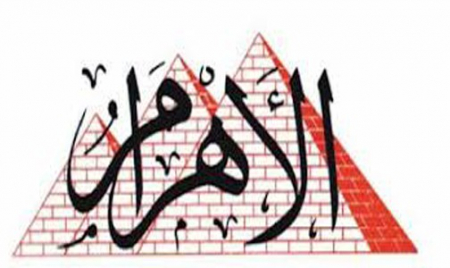 Spain’s decision to welcome the leader of the Polisario, the so-called Brahim Ghali, in a secret manner and with a fake identity, while he is wanted by the Spanish justice for war crimes, constitutes a duplicity and a flagrant violation of international agreements and European standards related to Schengen visa applications, according to Egyptian newspaper Al-Ahram. After the revelation of the problem by the media, Spain claimed that his decision was due to humanitarian reasons to treat the person concerned with complications related to Covid-19, which undermines the credibility of its speech on the good neighbourliness and the strategic partnership with Morocco, the daily paper underlines in an Op-ed. Despite all the agreements between Madrid and Rabat at the security level, the Spanish intelligence services have not informed their Moroccan counterparts of this welcome, the source recalls. “Madrid was mistaken in thinking that allowing the head of the Polisario to enter its territory could take place without causing a diplomatic crisis with Rabat, which has already started with the recall by Morocco of its ambassador to Madrid and which could go as far as the freezing of relations between the two countries,” the newspaper pointes out.

“The two countries have indeed concluded several agreements on the fight against illegal immigration and Morocco has been very cooperative in this area, in a voluntarily manner and with little or no return”, it says, noting that what Morocco receives from the European Union “does not exceed 300 million euros per year, that is to say less than 20% of the cost borne by the Kingdom in the fight against illegal immigration”. Morocco has always defended good neighbourly relations and taken into account the strategic interests of its partners, whether it is Spain or all the countries of the European Union, the publication recalls. Over the past four years, Morocco has dismantled 8,000 human trafficking cells, aborted 14,000 illegal emigration attempts, including 80 attempts to storm the occupied city of Sebta, and exchanged more than 9,000 information on illegal emigration with Spain, the daily underlines. “Following Morocco’s decision to suspend cooperation in the field of emigration and security, the security and social cost will be very high not only for Spain, but also for the whole of the European Union, and the freezing of relations between the two countries, if it takes place, will have a very high economic cost for Spain”, the newspaper adds. Morocco is the 8th destination for Spanish exports and the second one outside the European Union after the United States, which offers thousands of job opportunities to the Spaniards, since 76% of these exports are high added value products with high growth prospects, the source explains. The publication notes that Morocco, which is considered a gateway from Europe to Africa, is the second largest investor in sub-Saharan Africa and the first one in the northern half of the continent.

According to the author of the article, “It is difficult to predict the outcome of this unprecedented crisis between Morocco and Spain. The Spanish government has put itself in great difficulty by opening its borders and granting its protection to a prosecuted individual, ignoring all international agreements and its partnership with Morocco “. “The ball is now in Spain’s court, as it is required to provide an explanation to Spanish and Moroccan public opinion,” the publication says, adding that Madrid can correct the mistake it made if it allows Spanish justice to activate the necessary legal proceedings against the so-called Ghali, in addition to the publication of a decision forbidding him to leave the territory,” the daily stresses. Al-Ahram concludes that as part of its partnership with Morocco, “Spain must engage in a policy based on clarity, transparency and the principles of good neighbourliness”.