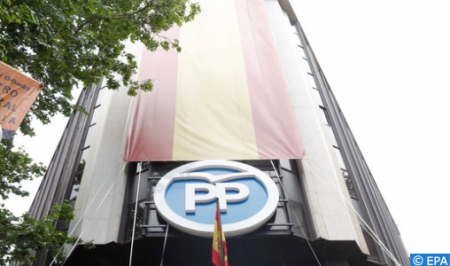 The president of the Spanish People’s Party (PP), the main opposition party, Pablo Casado, described on Tuesday, as “great clumsiness”, the Spanish government’s decision to authorize the entry under a “false identity” of the leader of the Polisario militias, the man named Brahim Ghali. “At the moment, what must be done is to try to intensify relations with Morocco and to resolve this crisis”, underlined Casado, who was the guest of a meeting organized by the “Europa Press” agency. “These issues must be managed with great rigor and we cannot lie,” he warned. Following the onset of the crisis with Morocco, the PP leader said he had asked the head of government, Pedro Sanchez, to “do all he can to remedy” the situation on the basis of a “pragmatic position”. With its attitude, the Spanish government is endangering migration policy, cooperation against jihadist terrorism, drug trafficking and matters related to fisheries and agriculture, he added.