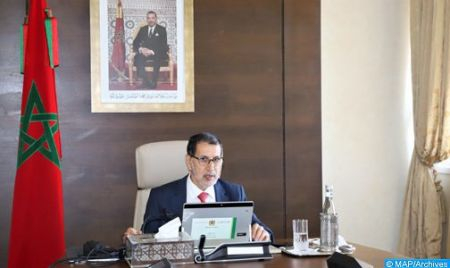 The Council of Government, held on Thursday under the chairmanship of the Head of Government Saad Dine El Otmani, adopted the draft decree N°21.4792 instituting a maritime transport allowance for the benefit of Moroccans residing abroad travelling on lines linking the ports of France, Italy and Portugal to Morocco. This project is in line with the High Royal Instructions and Solicitude of His Majesty King Mohammed VI for the Moroccan community residing abroad, says a statement issued at the end of the Council. The draft decree aims to set an allowance exceptionally for the benefit of expatriates making a single round trip by sea during the period from June 15 to September 30. The mechanisms and modalities of disbursement of this allowance will be set by joint decision between the Minister of Equipment, Transport, Logistics and Water and the Minister of Economy, Finance and Administration Reform, the same source concluded.