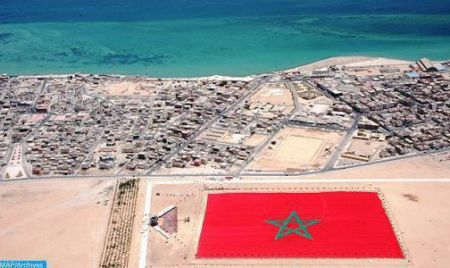 Within the African Union, there is the need for a strategy that would make it possible to understand the historical facts linked to the issue of the Moroccan Sahara, said director general of the Center for Diplomatic and Strategic Studies (CEDS), Socrate Diallo. “At the level of the AU, all those who are favorable to the Moroccan issue must put in place a strategy of influence which allows everyone to understand the historical fact that we are, in this case, in a territory which was dismembered” in the days of colonization, he told MAP, on the sidelines of a sub-regional seminar organized, on Wednesday, by the Pan-African Strategies Institute (IPS), a Senegalese Think Tank, on the theme “Thinking about the Sahara Question and promoting innovative solutions”. “The question of the southern Moroccan provinces can only be understood from the angle of the broad autonomy project proposed by Morocco and which has been largely consolidated by the constitutional reform which released all the energies and synergies and which has allowed all the provinces of the Kingdom, including those in the south, to experience extraordinary economic and social dynamics,” he said. Any other attempt will only bring back this ideological dialectic between east and west, and continue having an absurd and distorting coverage of the reality,” underlined Diallo. The only perspective to get out of this confusion created by the AU is for this bloc to disappear as long as it is not in a position to resolve domestic issues and in relation to which it appeals to foreign powers”, he said, noting that “this Union is not credible and this opens the way to manipulation by corruption”.