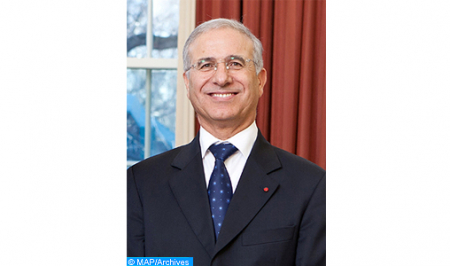 Morocco’s ambassador to Japan, Rachad Bouhlal, highlighted, Wednesday, Morocco’s leadership in food security on the occasion of the 3rd Japan-Africa Economic Forum. Bouhlal, who is also chairman of the Trade and Investment Committee of the African diplomatic corps in Japan (TRINVEC), recalled, during the event held via video conference, HM King Mohammed VI’s speech on the occasion of the 28th African Union (AU) Summit in January 2017, which had clearly identified food security as “Africa’s great challenge.” This challenge is amplified by several factors, including climate change, pandemics and population growth in the sense that the continent’s population will reach 2.4 billion in 2050 and will thus represent 26% of the world’s population, said the Moroccan diplomat. To meet this great challenge, the vision of the Sovereign for Africa is the need to take full advantage of the assets of the continent to ensure its own food security, he added. As a model country for South-South cooperation, Morocco, which is the largest exporter of phosphate in the world, has been at the origin of several initiatives aimed primarily at improving the productivity of African agriculture, said Bouhlal, noting that OCP Africa plays a leading role in this regard. In this sense, he reviewed several initiatives launched by OCP Africa to support the African agricultural sector, notably assistance to small farmers to increase their production (through several programs including the OCP School Lab and Agribooster), the development of agricultural infrastructure and the promotion of innovation in the agricultural industry. The Moroccan diplomat also highlighted a flagship project of the Kingdom in the field of agricultural development and food security, namely Africa Fertilizer Complex of Jorf Lasfar, whose mission is to contribute to the development of the African agricultural sector, through improving the conditions of farmers and the level of food security of the continent. In addition, Bouhlal mentioned the various strategic projects initiated by the Kingdom with several African countries in this field, recalling as such the projects to create fertilizer plants in Ethiopia (3.7 billion USD), Gabon (2.3 billion USD) and Rwanda (38 million USD), and a fertilizer and ammonia plant in Nigeria (1.5 billion USD).