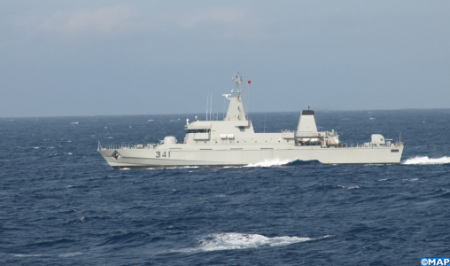 The coastguards of the Royal Navy, operating in the Mediterranean, carried out rescue operations during the period from July 20 to 23, helping 368 candidates for illegal migration whom are mostly sub-Saharans, a military source said. The rescued illegal immigrants, including seven women and three children, were experiencing difficulties aboard 22 inflatable boats, 30 kayaks and 5 inner tubes, the same source said. In degraded health condition, they received the necessary first aid aboard units of the Royal Navy before being handed over to the Royal Gendarmerie for customary procedures.