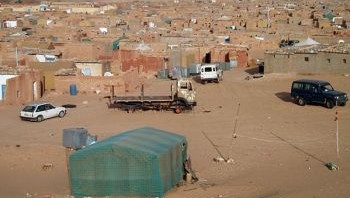 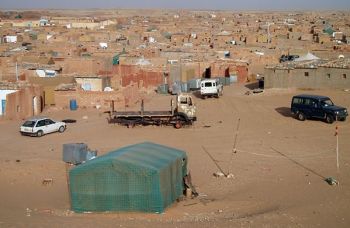 The warning issued by Madrid against Spaniards’ travel to Algeria and to the Tindouf camps is still relevant. The Spanish Ministry of Foreign Affairs is still posting on its website the travel warning underlining the “existence of serious risks of kidnappings in Algeria or in some areas” of the country and especially in the Polisario-controlled Sahrawi refugee camps in Tindouf.
On the basis of “reliable information” about the risk of an “imminent abduction” of members of humanitarian NGOs operating in the Tindouf camps, the Spanish government had evacuated on July 28, more than a dozen Spanish and European aid workers from these camps in southwestern Algeria.
The Spanish Secretary of State for Foreign Affairs, Gonzalo de Benito, was quoted Saturday by the Spanish news agency EFE as saying that the Spanish International Cooperation Agency for Development (AECID) had hired a security expert to assess the current level of risk in the Tindouf camps.

In the light of this assessment, the Spanish government decided to maintain its warning to Spanish nationals “not to go to the zone”, because the abduction risk is still looming on foreigners.
In its travel recommendations updated daily on its website, the Department of Foreign Affairs continues to warn, with regard to Algeria, about “the existence of a serious risk of kidnapping all over the country or in some areas” and “warns” against going to the area of ??Tindouf.
Three aid workers, two Spaniards and an Italian, were kidnapped on October 23, 2011, in the Hassi Rabuni camp which hosts the headquarters of the Polisario. The three hostages were released on July 18 in exchange of a 15 million Euro ransom paid to the MUJAO kidnappers and the liberation of some of their Islamist companions.