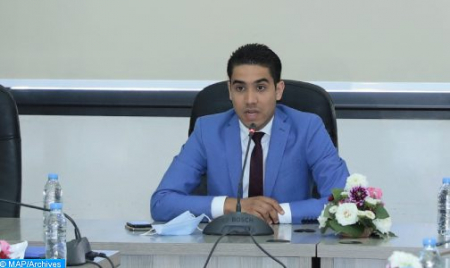 The third legislative session of the Youth Parliament of Morocco (PJM) ended on Thursday with a number of “legislative proposals” on health, social communication, education, support for small businesses and advocacy on the Moroccan Sahara. This session, which was held by video-conference from August 01 to 05, was marked by the participation of 200 young people aged 17 to 27, including “deputies”, young journalists representing different regions of the Kingdom, Moroccans residing abroad as well as a foreign delegation representing Egypt, Lebanon and Iraq, said a press release from the Youth Parliament. On this occasion, the young parliamentarians developed “legislative proposals” and debated various subjects covering several political, economic and development fields, within the framework of several committees. During the closing session, the young parliamentarians expressed their satisfaction with the results achieved during the third legislature, reiterating their mobilization for carrying out their proposals and the opening of the PJM to all institutions to make young people a key actor for the Kingdom’s development, the press release concluded.