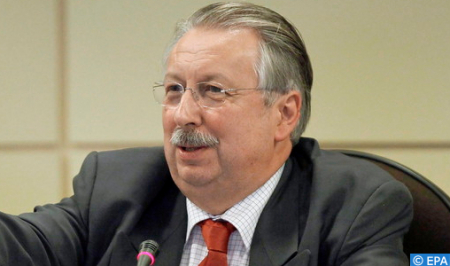 The success of the triple election held Wednesday in Morocco and the high voter turnout show the Kingdom’s great democratic maturity, Belgian Minister of State and Federal Deputy André Flahaut has said. “This is a highly anticipated and very important election which took place under good conditions with a very significant and growing voter turnout”, said Thursday the former speaker of the House of Representatives of Belgium and former Minister of Defense in a statement to MAP. This election “gives a clear signal of Morocco’s great democratic maturity and of a responsible sensitivity and citizenship which was expressed through the results of these elections,” he pointed out. “It is gratifying to see this kind of election as it was organized in Morocco with practical arrangements to bring the voter closer to all the mechanisms so that he can express himself, in addition to the increase in the number of polling stations, increase in the number of female candidates, etc. All of this is a sign of great democratic maturity,” he stressed. These are, said the Belgian Minister of State, “signs of good omen for the image of Morocco in Africa as well as in Europe and important elements which will further strengthen the relations of the Kingdom with its partners, in particular Belgium”. Several national and foreign observers welcomed the conduct of the September 8 elections in Morocco. The Parliamentary Assembly of the Council of Europe (PACE) on Thursday deemed as “a success” these elections marked by “integrity” and “transparency” across the entire territory of the Kingdom.