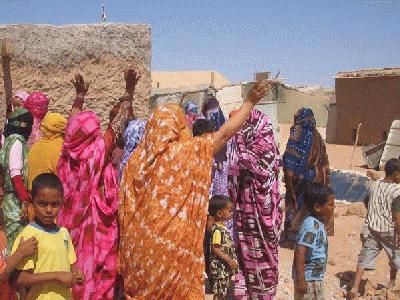 The mistreatment inflicted on Sahrawi women and children by the Polisario’s torturers in the Tindouf camps has been decried in the headquarters of the United Nations Human Rights Council (HRC) in Geneva.
Delegates from two NGOs have recently taken the floor before the HRC in Geneva to express deep worries as to the fate of the disadvantaged and marginalized women and children in the Tindouf camps, who have “no future prospects and no right to any status.”
One of the speakers, Mohamed Sbia, member of the NGO Ocaproce International, underlined that this vulnerable segment of the population lives in permanent insecurity because it depends on foreign humanitarian assistance. Besides, this assistance is often embezzled by some Polisario leaders, he said.
Activist Sbia denounced this blatant “denial of rights” and called on the international community and the UN bodies “to endeavour without delay to find a solution to this humanitarian problem and improve the life of this population.”

For her part, Naima Korchi, member of the International Agency for Development (AIDE), denounced the plight of women in the Tindouf camps and said these women “are left at the mercy of the separatist movement leaders who subject them to the heinous crime of forced pregnancy.”
“We can not rejoice at the progress achieved in the southern provinces of Morocco as long as thousands of women and girls from this area are suffering in oblivion in the Polisario-run camps,” Naima Korchi said.
The situation in the Tindouf camps is incomparable with the situation of women in Morocco and in the Moroccan southern provinces, she said. In Morocco, the woman’s position has been consolidated at the level of institutions as well as at the level of all political, cultural and economic structures of the country, she said.