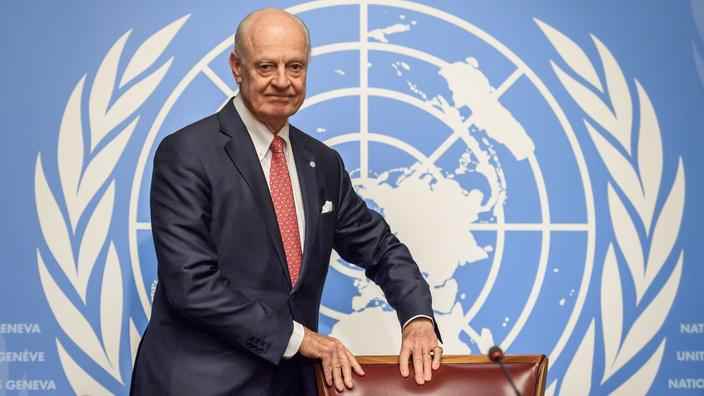 The United Nations Secretary-General, António Guterres, began, on Tuesday, consultations with members of the Security Council, in order to appoint Staffan de Mistura, Italian-Swedish diplomat, as his Personal Envoy for the Moroccan Sahara, MAP learned from diplomatic sources. To confirm this information, MAP contacted Omar Hilale, Morocco’s Ambassador and Permanent Representative to the UN, who kindly provided answers to the following questions.

1. According to diplomatic sources in the United Nations, the Secretary-General has begun, this Tuesday, consultations with members of the Security Council, in order to appoint Mr. Staffan de Mistura as his new Personal Envoy for the Moroccan Sahara. Could you confirm this information?

Indeed, these consultations are underway. The announcement of the appointment of Mr. Staffan de Mistura will be made in the upcoming days, after the endorsement of Security Council members.

2. Did Morocco approve this appointment?

Of course, Morocco has been consulted beforehand about this appointment and has already notified Mr. António Guterres of its approval. Morocco’s approval emanates from its permanent confidence and its constant support to the efforts of the UN Secretary General, in order to achieve a political, realistic, pragmatic, sustainable and compromise solution to the regional dispute over the Moroccan Sahara. Once appointed, we hope that Mr. de Mistura will be able to count on Morocco’s unfailing cooperation and support, to implement his mediation for the settlement of this regional dispute, in accordance with the Security Council resolutions since 2007; in particular Resolutions 2440, 2468, 2494 and 2548, which have established the four-participants round table process with its modalities.

3. These consultations regarding the appointment of a successor to President Köhler take place 30 months after the latter’s resignation. Why did it take so long?

First, the Secretary General had to find a qualified candidate with an international stature to resume the political process from where it left off with Mr. Köhler, which was not easy. Mr. de Mistura is a cornerstone of the UN’s efforts to settle disputes peacefully. He has proven his abilities in Syria, Afghanistan, Iraq and Africa. His long international experience, his Mediterranean origins which have forged his deep knowledge of this region’s issues, his understanding of North Africa’s security and destabilization threats, as well as his UN-based independence and neutrality will be of great help in facilitating the political process of this regional dispute in a serene and fruitful manner. Secondly, and also most importantly, the other parties have dithered for two and a half years, using evasive tactics to reject several of the Secretary-General’s highly qualified candidates.

Algeria and its armed separatist group rejected the candidacy of former Romanian Prime Minister Petre Roman, as well as that of former Portuguese Foreign Minister Luís Amado a few months later. In this way, and in order to overcome their obstruction to any candidate from a third country, Mr. Guterres had to select someone from the UN seraglio. For its part, the Kingdom notified the Secretary-General of its approval to these two candidates in record time. It has also, as I have confirmed to you, given its approval to the candidacy of Mr. de Mistura. This candidacy that the other parties are desperately trying to sabotage, notably through false pretexts conveyed by the media in their pay, while shamelessly accusing the Secretary-General and the Security Council of being responsible for the absence of the political process. Let us hope that they will put an end to their delaying tactics and allow, finally, the resumption of the round table process, so long awaited by the Secretary-General and the Security Council.

4. What are Morocco’s expectations regarding the political process in anticipation of Mr. de Mistura’s appointment?

Morocco, beyond the personality that occupies the post of Personal Envoy, remains, as it has always been, resolutely committed to the United Nations’ exclusive process, in order to reach a political, realistic, pragmatic, sustainable and compromise solution to the artificial dispute over the Moroccan Sahara.  This is in accordance with the Security Council resolutions since 2007, which consider the Autonomy Plan initiative as the serious and credible solution to the question of the Moroccan Sahara. In this regard, the Kingdom of Morocco has solemnly reaffirmed during the two previous round tables in Geneva, in the presence of Algerian ministers Lamssahel and Laamamra, that the solution to the dispute over the Moroccan Sahara can only be Autonomy, nothing but Autonomy and only Autonomy, within the framework of Moroccan sovereignty and territorial integrity.