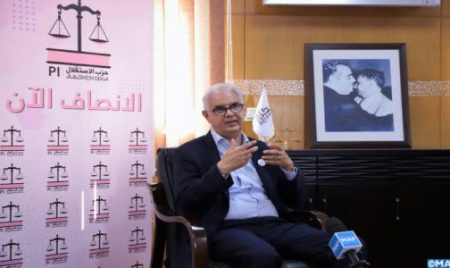 The National Council of the Istiqlal Party on Saturday decided to support the party’s participation in the new government, through an engagement that takes into account its political and electoral strength as well as the commitments the party made in its political platform. In a statement issued at the end of its extraordinary session, held via videoconference, the National Council underlined that its approval and support for the participation of the party in the next government came in response to the offer made by the appointed head of government, Aziz Akhannouch. On this occasion, the National Council tasked the Secretary-General of the party, Nizar Baraka, together with the members of the Executive Committee, with managing negotiations related to the formation of the next government, stressing the need to form a strong and harmonious government that can achieve the changes Moroccans long for. The Istiqlal Party came third in the legislative elections that took place on September 8, 2021, with 81 seats.