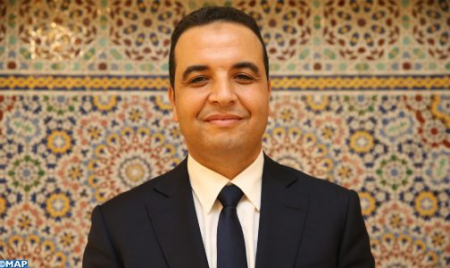 The new government, whose appointment ceremony was chaired Thursday by HM King Mohammed VI at the Royal Palace in Fez, is marked by the cohesion of its members and the key positions given to youth and women, said the Minister Delegate for Relations with Parliament, Government Spokesman, Mustapha Baitas. Baitas told MAP that consultations for the formation of the new government lasted less than a month, reflecting the cohesion between the three political parties with a shared vision and well-defined objectives. The new cabinet brings together young ministers as well as experienced ministers, particularly with regards to major issues of interest to the Kingdom, he noted. Baitas also highlighted women’s representativity in the new cabinet with important departments, adding that the government has a dual priority of submitting a program in line with the electoral agenda and building on the recommendations of the Special Commission on the Development Model. The cohesion between the government’s members is a guarantee of success in the implementation of the government program and recommendations on the new development model, the spokesman concluded.