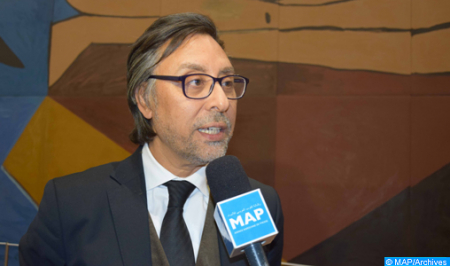 Morocco will present its candidacy for the Executive Board of the United Nations Educational, Scientific and Cultural Organization (UNESCO), for the period 2021-2025, on the occasion of the 41st session of the General Conference of UNESCO scheduled for next November. The announcement was made Monday by the ambassador-delegate of the Kingdom to UNESCO, Samir Addahre. “We hope that this candidacy can benefit from the support of the member States of our Organization,” said Addahre before the 212th session of the Executive Board of UNESCO held until 20 October. “The Kingdom of Morocco reaffirms its deep attachment to the values of UNESCO and aspires to continue its unwavering commitment to the values and intellectual and moral foundations of this Organization,” said Addahre during the plenary debate of the 212th session of the Executive Board of UNESCO. “Morocco is committed to continuing to work, with abnegation, to strengthen UNESCO’s action in order to contribute to the pursuit of the reforms undertaken and to the reinforcement of the positioning and leadership role of our Organization on the international scene, in its fields of competence”.