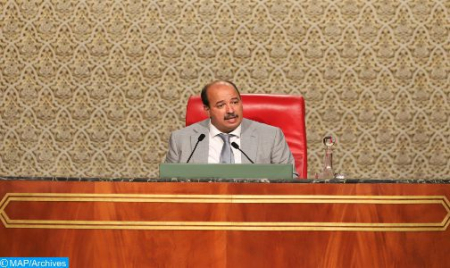 The speaker of the House of Advisors(Upper House) Naam Miyara, said on Monday in Rabat that the implementation of the structures of the Upper House is the culmination of an electoral process that has consolidated the Kingdom’s democratic achievements. Miyara welcomed the good conduct and transparency of recent elections, as well as the important voter turnout, particularly in the southern provinces, which reflects a strong popular will and the mobilization of all in the face of the challenges and support of the vast socio-economic projects launched by HM King Mohammed VI, according to a statement from the House of Advisors. The new speaker highlighted the remarkable success achieved in the fight against Covid-19 and the mitigation of its socio-economic impact, stressing the importance of the projects launched in the Kingdom, as well as the unprecedented achievements in the defense of the first national cause. In the light of the challenges, the House of Advisors must, as a national constitutional institution, fully meet its responsibilities and contribution, noted Miyara as quoted in the statement, highlighting the importance of the role played by the media in the assessment, support and influence of the House.