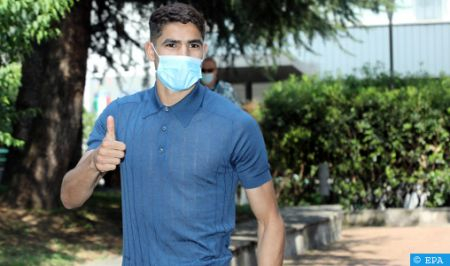 Moroccan international Achraf Hakimi, defender of Paris Saint-Germain, is the best right-back in the world, according to a poll of the sports website “Goal.com”, carried out in partnership with the video game “FIFA 22”.

The Atlas Lion received 6631 votes, or 56% of the votes, ahead of his great rival, Alexander Arnold, the English international footballer who plays for Liverpool. He collected 4152 votes, i.e. 35% of votes.

Manchester City’s Portuguese defender Joao Cancelo randke third positon in the poll with 4% of the total votes (449), followed by Spain’s Dani Carvajal (Real Madrid) with 422 votes and Kyle Walker (Manchester City), who got 2% of the votes (229).