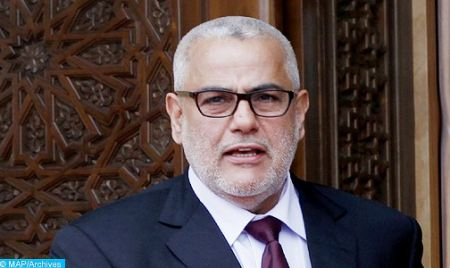 Abdelilah Benkirane was elected Secretary General of the Justice and Development Party (PJD), during an extraordinary congress of the party held Saturday in Bouznika, succeeding Saad Dine El Otmani. Benkirane came first in the election for secretary general of the party, ahead of Abdelaziz El Omari and Abdellah Bouanou, said the PJD on its official website. The program of the extraordinary congress of the party, held in the presence of members of the National Council with the participation of the rest of the delegates from provincial and regional headquarters, included the presentation and adoption of the draft postponement of the 9th National Congress. The members of PJD secretariat general, led by the secretary general of this formation, had decided to submit their collective resignation, calling to hasten the holding of an extraordinary national congress. A statement by the party’s secretariat general had stressed that the decision to resign comes within the framework of its “full political responsibility in the management of this stage”.