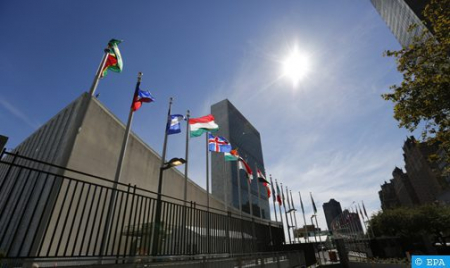 Benin on Monday called in New York for a “consensus” on the Moroccan Sahara issue, which is based on the achievements made by the roundtable process. The holding of the two previous round tables in 2018 and 2019, with the participation of Morocco, Algeria, Mauritania and the Polisario, constitutes a “step forward” in the efforts aimed at reaching the “much desired” compromise, underlined the Ambassador and Representative of Benin to the UN, Marc Hermanne Araba, before the 4th Committee of the United Nations General Assembly. “Benin deeply believes in the possibility of a consensual and lasting settlement of this issue and supports the efforts of the UN Secretary General” in order to achieve a “realistic, pragmatic and lasting political solution based on compromise”, said the Ambassador, welcoming the appointment of Mr. Staffan de Mistura as Personal Envoy of the UN Chief for the Sahara. He also stressed that the achievement of this consensus for the settlement of the regional dispute over the Moroccan Sahara will greatly contributes to lasting stability and integration of the Maghreb region as well as that of Africa. The Beninese diplomat noted that efforts remain dependent on the “full commitment” of all parties, calling in this regard on the “protagonists to show a spirit of realism and compromise to reach fair and consensual solutions for a final settlement of the Moroccan Sahara issue”. The ambassador praised Morocco’s “full cooperation” with MINURSO, which made it possible to deal with COVID-19 pandemic.