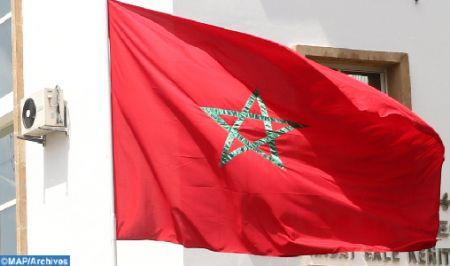 HM King Mohammed VI’s speech, delivered on the occasion of the Green March’s 46th anniversary, is “visionary” and “pragmatic” in the sense that it clearly lays the foundations to hasten the final settlement of the Sahara issue, promoting regional peace and stability, said Irina Tsukerman, an American analyst. “It was a visionary speech, in terms of positive declination of Morocco’s domestic and foreign policy, and a pragmatic one as it describes the active measures taken to ensure stability, peace and freedom in the region,” the specialist in Middle Eastern and North African affairs told MAP. The Sovereign has “clearly stated Morocco’s commitments in defending its sovereignty, its contribution to the peaceful resolution of the conflict, clarifying its relations with its close allies and other countries in general,” she added, in reference to the HM the King’s strong message in favor of the UN-led political process regarding the artificial dispute over the Sahara, whose Moroccanness “will never be on the agenda of any negotiations.” HM the King, with as much frankness as firmness, has blasted the “vague and ambivalent” positions that some of Morocco’s partners still continue to adopt vis-à-vis the Sahara issue, insisting the Kingdom will not engage in any economic or commercial transaction that excludes its southern provinces. The American analyst noted the United States’ recognition of Morocco’s full sovereignty over its Sahara as it was highlighted in the Royal Speech, stressing that the Biden administration is now called upon to take “concrete initiatives to cement the economic and political foundations of this recognition”. In addition, Tsukerman indicated that among the Royal Speech’s “striking features” is that “not once did it mention Algeria or its recent provocative comments, actions and media attacks.” Instead, it focused on “the legitimacy of the Moroccan Sahara and Morocco’s actions in response to regional threats.” “If the issue is not resolved politically and diplomatically as it should be within the framework of the UN, it is not because Morocco has not tried, but because other participants have not respected their commitments, do not prioritize their own interests, or simply because they use this issue as a weapon against Morocco, disregarding the fate of affected people,” she concluded.