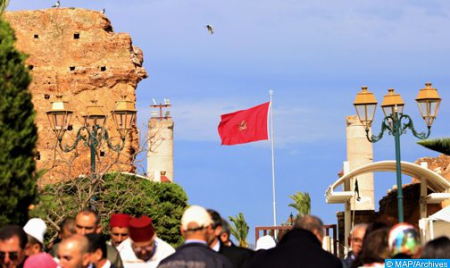 The coordination of families and friends of victims of the events of Gdim Izik commemorates Monday the 11th anniversary of the tragedy that followed the peaceful dismantling of the camp of Gdim Izik, near Laayoune, which was taken hostage by criminals in the pay of the separatist front, leaving eleven dead in the ranks of the Auxiliary Forces, the Royal Gendarmerie and Civil Protection. The coordination said in a statement received Sunday by MAP that these events remain engraved in the memory of the families of victims of these heinous crimes, which reflect the cruelty and the bloody and inhuman character of their perpetrators and their accomplices. In this regard, added the same source, the coordination remembers the sacrifices of the 11 martyrs of national duty, and other victims who were injured and suffered psychological disorders as a result of these attacks that did not spare the remains of the victims, defiled by separatists, stating, however, that the conduct of the trial in its criminal component has met all the guarantees of a fair trial. The coordination expressed its condemnation of all attempts by the enemies of Morocco to conceal and falsify the reality of the events of Gdim Izik and to present the perpetrators of these criminal acts as pacifist activists, while calling for “the preservation of the collective memory of the victims in order to highlight their sacrifice”. The statement also stressed that the coordination of friends and families of the victims of the Gdim Izik camp welcomes the content of the speech delivered by HM King Mohammed VI on Saturday, on the occasion of the commemoration of the 46th anniversary of the Glorious Green March, in which the Sovereign said that “Morocco is not negotiating over its Sahara. The Moroccanness of the Sahara never was – and never will be – on the negotiating table.”