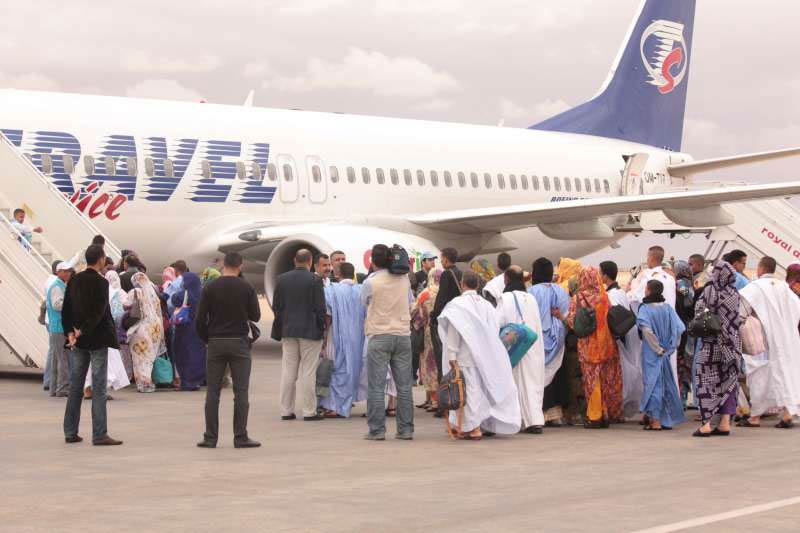 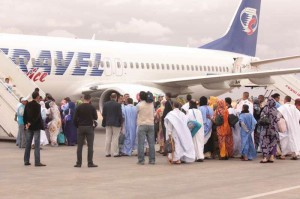 The thousands of Moroccan Sahrawis sequestered in the Tindouf camps in south-western Algeria no longer stand the dire living conditions and insecurity imposed on them by the Polisario and the Algerian army for over 38 years.
According to the forum of support to autonomy advocates in Tindouf (FORSATIN,) an underground Sahrawi association opposed to the diktat of the Polisario, more than 6,000 refugees have lately fled the Tindouf camps and gone to Mauritania under the pretext of participating in the elections recently held in this country.
A Mauritanian security official said that this batch of refugees includes many Moroccan Sahrawis, who, once on Mauritanian soil, have publicly expressed their desire to return to their motherland, Morocco, and refuse to go back to Tindouf.
The Tindouf camps population is not made up of Sahrawis from the Southern provinces of Morocco only. The camps also host thousands of refugees mainly Tuaregs and Algerian, Mauritanian, and Malian nomads as well as nomads from other neighboring countries of the Sahel, said the Mauritanian officer who spoke on condition of anonymity.
These Tuaregs and nomads were enticed to join the Tindouf camps after they were created in the 70s of the past century to swell the numbers of the so-called Sahrawi refugees seeking the independence of Western Sahara.
It is for this reason that Algerian authorities and the Polisario have repeatedly rejected the idea to conduct a census of the Tindouf camps population, explained the Mauritanian security services officer.
Such a census operation that has long been requested by specialized UN agencies, particularly the High Commissioner for Refugees (UNHCR), would reveal disturbing truths and thus harm the Algerian power and its strategic interests. Besides, the leader of the Polisario Front, Mohamed Abdelaziz, himself has no connection with the Sahrawi tribes of southern Morocco, since he was born in the Moroccan Atlantic city of Safi in 1947, said the Mauritanian officer.
Mohamed Abdelaziz’s father, Mohamed Salem Khelili Rguibi, a former soldier of the Moroccan army, lives in Kasba Tadla, near Marrakech, and is staunchly opposed to the separatist thesis upheld by his son Abdelaziz.